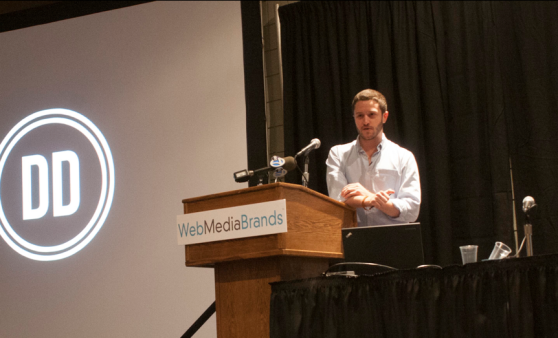 3D printing troublemaker Cody Wilson is close to making his fantasy of a true 3D-printed gun a reality.

At 3D printing conference in New York City, Wilson confirmed that Defense Distributed is just weeks away from a handgun completely manufactured by a 3D printer.

“That has been the idea from day one,” Wilson told me yesterday. 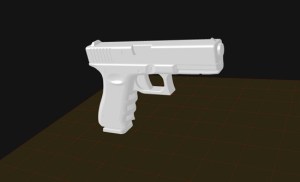 Above: This is the future that Cody Wilson wants to create — for better or for worse. (Image via: Pete Prodoehl)

While Wilson didn’t spill too many details about what he’s working on, he did note that he doesn’t expect the 3D-printed pistol to fall apart after a few shots, which has been the norm so far with his other projects.

Creating a completely 3D-printed gun is, of course, a hugely symbolic move for Wilson, who has long said his goal is to use 3D printing to help anyone create whatever they want whenever they want.

But that mission isn’t without its criticism. Wilson has already attracted the ire of politicians like New York Representative Steve Israel, who is trying to update the Undetectable Firearms of 1998 act to make it illegal of people to make or own 3D-printed firearms.

“It is just a matter of time before these three-dimensional printers will be able to replicate an entire gun,” Israel predicted (correctly) back in December.

While Wilson isn’t sure how the government is going to respond to his next project, he’s already gotten his gun making and distribution licenses, which he hopes will keep the law off his back. (Though it likely won’t, he admits.)

“If I was purely principled, I wouln’t ask for permission. I just thought that if we were really going to get this done, we were going to have to play by the rules,” he said.