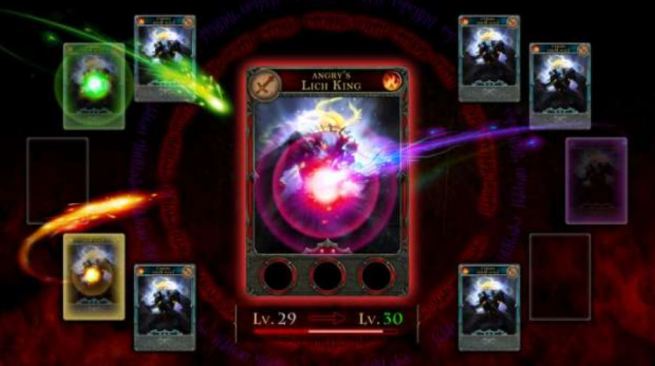 At some point over the last few months, the universe decided that the best reason to own an expensive tablet is that it makes it easier to play card games. Game designer American McGee, of American McGee’s Alice fame, has seen that truth and is bringing his own card-based title to mobile devices.

McGee’s studio, Spicy Horse Games, is working on a free-to-play game tentatively titled Hell Invaders. The designer describes it as “an action game with card collecting features.” The basic conceit is that players enter the underworld to rescue souls that demons have unjustly damned to hell.

Spicy Horse is currently pitching the game to publishers.

In Hell Invaders, gamers face off against monsters and Obit, Lord of the Dead, in a war that will eventually lead the player to his destiny as Master of Souls. 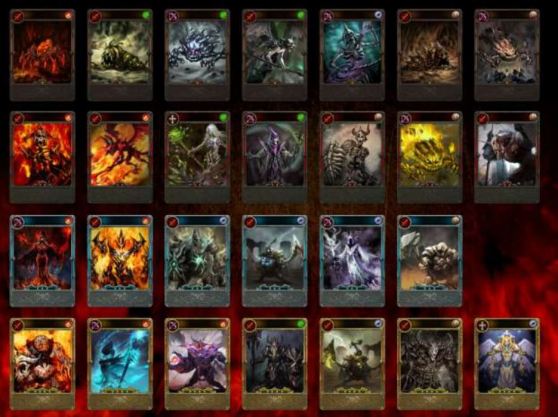 As for gameplay, it’s another take on the mechanics popularized by Magic: The Gathering. Gamers collect and level up cards to better help them in combat against enemies.

Each card has a class (melee, range, or healer) and a base element (fire, water, wind, earth). The monsters also have skill slots that modify their base attributes.

Naturally, this all leads to the main event of player-versus-player battles.

Hell Invaders uses asynchronous multiplayer that enables each gamers to take turns on their own time. The winning player takes home some extra PvP points that raises their rank. That rank also determines the type of rewards the winning player will receive.

Since this is a free-to-play game, Spicy Horse is baking in multiple potential revenue streams. Gamers can purchase card booster packs, forging materials, or passive abilities that increase the likelihood that a better reward will drop after battle.

It’s not surprising that developers are looking to get into the card-battling genre. Magic: The Gathering and many of its ilk are extremely popular with gamers and game developers. It’s a well designed game that also makes a ton of money.

On mobile, collectible-card games like Marvel War of Heroes and Rage of Bahamut, both from developer Mobage, dominate the top-grossing app charts. Spicy Horse’s latest title might have the right cards to generate revenue on that scale.