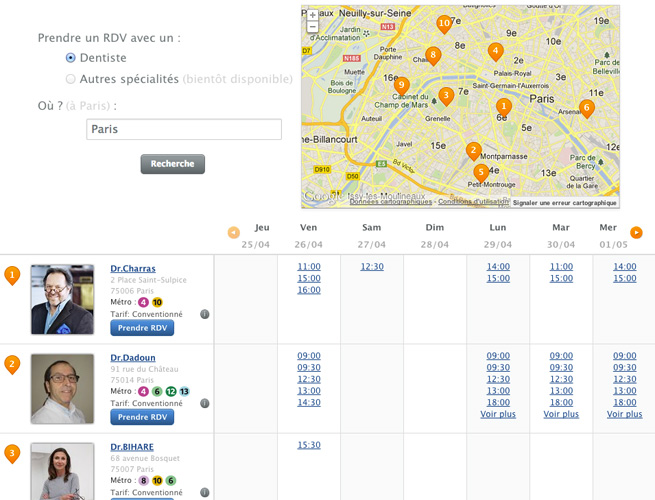 New York doctor appointments startup ZocDoc has seen relatively good traction in the U.S., but it is not available in other countries. So it makes sense that international startups similar to ZocDoc have emerged.

Case in point: KelDoc, a young French startup that books doctor and dentist appointments online, has just nabbed €700,000 ($913,010) in funding from Alven Capital.

KelDoc co-founder Eduardo Ronzano told VentureBeat that the average waiting time to see a doctor in France is between one week and six months. This has led to a substantial rise in people searching for information online about other doctors in the area and trying to book appointments faster.

“KelDoc provides a new service for patients in France whereby they can instantly access all necessary information about a doctor and then book their appointments 24/7 without needing to ring up the practice,” Ronzano said via email. “Doctors see KelDoc as a way to fill in the empty slots in their agenda [and] a way to cut back on hours of unnecessary phone calls.”

KelDoc’s initial focus will be on singing up dentists in highly concentrated urban areas. It is only available in Paris today, but Ronzano says the company will eventually expand to other European cities “in the coming months.”

The funding will go toward hiring new members for its sales and technical teams to help it expand more quickly.