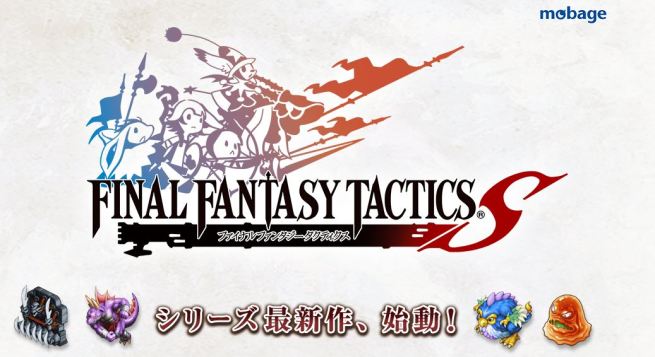 Square Enix just put up a website for Final Fantasy Tactics S on its Japanese website. The page doesn’t have a lot of details, but we can infer a few things. First, it has a mobile-phone icon in the bottom right of the page. Second, it lists developer Mobage right at the top of the page.

Mobage is the developer responsible for lucrative mobile collectible-card games Rage of Bahamut and Marvel: War of Heroes. We’ve reached out to Square Enix to ask for details about this game and are still waiting for a response more than 12 hours later.

It’s likely that this is a casual take on the Tactics franchise designed around free-to-play and in-app purchases. That is Mobage’s specialty.

Final Fantasy Tactics first debuted on the PlayStation in 1998. It is a turn-based strategy series that focuses on small skirmishes with highly specialized characters. Beloved sequels eventually hit the Game Boy Advance and Nintendo DS in 2003 and 2008, respectively.

The PSP rerelease, dubbed War of the Lions, added cutscenes and other material. It received iOS ports in 2011 (iPhone) and 2012 (iPad). But the mobile versions are notorious for their price ($16 apiece) and some technical issues that slowdown performance when characters cast spells or perform some other actions.

We’ll have more on this as it develops, but I wouldn’t get your hopes up if you’re a fan of the classic titles.