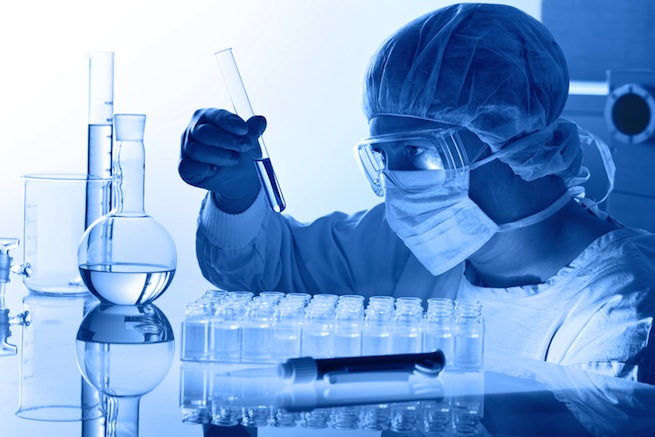 Intel and the Oregon Health & Science University are teaming up on a supercomputing project to speed up analysis of human genetic profiles, which could help with personalized treatment for cancer.

The goal for the multiyear partnership is to make genetic analysis a routine part of patient care.

“We are generating an enormous amount of data, which has historically been unmanageable,” said Joe Gray, a research director at OHSU’s Knight Cancer Institute, in an interview.

Gray envisions that the project will involve a “lot of back and forth” between geneticists, engineers, and biomedical scientists before they can map the human genome to identify the mutations that lead to cancer.

Such a map would provide a better understanding of an individual’s genetic makeup, so biomedical engineers can cancer treatment that kills only the mutating cells, not the healthy ones.

It sounds simple, but Gray’s project is grappling with delivering the right kind of computer power for a project of this scale. “We are talking about a terabyte of data per patient that describes the molecular architecture of a disease,” he explained. If this is extended to millions of patients a year, it’s an awful lot of data.

Aside from the technology, which is steadily evolving to manage this volume of data, the other challenge is an ethical one.

“Privacy is a clear issue, and the data needs to be handled confidentially,” said Gray. When asked about whether the data will be stripped of any personally identifiable information, Gray admits to another “gray area.” Our DNA is like a molecular blueprint — theoretically, it is possible to match and reestablish a patient’s identity without having a direct link.

But the partnership with Intel is designed to explore the architectures best suited to deal with this data, and tackle ethical issues at a later date. The more immediate goal is to identify a number of challenging biomedical projects, and to experiment with hundreds of hardware and software packages.

An example of a project is tracking a typical cancer tumor through its thousands of genomic changes. “Some of them are important in the way that the disease responds to therapy,” said Gray. The team intends to build computer algorithms to predict how best to manage the disease as it progresses.

“Our joint team plans to do research not only into the mutations but also the ‘circuitry’ that enables malignant cells to spread,” Intel’s general manager for health care Eric Dishman, noted in a blog post. “The ultimate hope here is to learn how, for a specific individual, this circuitry can be “turned off” to stop the spread of cancer cells.”

Dishman, recently had his genome sequenced when recovering from a kidney transplant.

“It, too, took weeks of computing and then months upon months of analysis to make sense of my own unique case,” he concluded. “Today, these tools are too slow, too expensive and too rare—I want to make sure everyone has access to the kind of customized care that I lucked into.”

Curious to learn more? We’ll be inviting world leading geneticists to delve into the tricky, ethical issues at HealthBeat, our health care conference on May 20 & 21 in San Francisco.