A sea change has happened in social gaming. The Zynga era is over. Long live King.

It’s not quite dramatic as that as the competition is still fierce for games on social networks and mobile devices. But Zynga’s earnings call revealed a big change in the standings. Zynga said it has 52 million daily active users of its social games on Facebook, Zynga.com, and mobile devices. London-based King says it now has more than 66 million daily active users. And the remarkable thing is that King has just 400 employees while Zynga has 2,902. 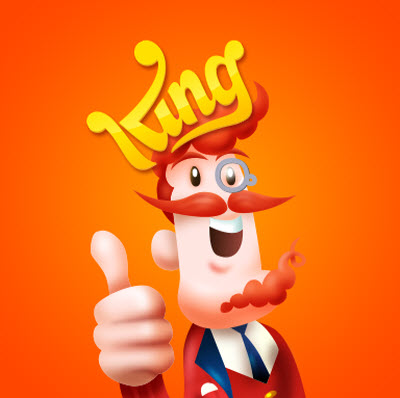 Zynga has had a long run as the king of social games as it jumped on the platform as soon as Facebook opened itself up to third-party applications in May 2007. It grew quickly and, with the help of games like Mafia Wars and Zynga Poker, became the No. 1 company on Facebook in early 2009. It held that rank ever since. When Zynga launched FarmVille in mid-2009, the company’s users shot through the roof to nearly 83 million monthly active users in a single game. It started crushing rivals, who decided to flee to new platforms on mobile devices as a way to escape it.

Many contenders emerged, like Berlin’s Wooga and Electronic Arts. Just a year ago, it looked like EA would give Zynga a run for its money thanks to rapid growth of titles from its Playfish division, acquired for up to $400 million in late 2009. EA saw rocket-like growth for titles like The Sims Social and SimCity Social. It looked like, if anyone could do it, EA would supplant Zynga with its well-known gamer brands. Then, poof. EA’s audience evaporated as mobile devices grew in favor and the company failed to capitalize on its one-off successes. EA finally shut down Playfish this month.

But you can’t fully credit Zynga for EA’s defeat. Ten-year-old King played a role, too, and it was much more methodical in catching up in social games.

“King now has more than 66 million daily players of our games, and in Candy Crush Saga, we have a global hit on Facebook and on mobile,” said Riccardo Zacconi, the chief executive of King, in a statement. “Our players love being able to switch from mobile phone to tablet computer to PC without losing their progress in the game — the cross-platform synchronization that makes that possible is a big reason for our popularity. Our bite-size games are perfect for coffee breaks, bus journeys, or any spare few minutes in your day.”

Born on the web in 2003, King focused on tournament games and web-based casual titles for years. But by 2011, it was clear the audience was shifting. Rather than dump its 300 games from the web onto Facebook, King experimented for a while to see what worked.

In April 2012, King came out with its most triumphant game, Candy Crush Saga, on Facebook. The success of that title catapulted it ahead of EA, Wooga, and Disney-Playdom. King kept bulking up its studios. It figured out that gamers were growing up and out of the simple simulation games that they first embraced on Facebook. They were increasingly playing arcade-like games that could generate outcomes in a minute or two. They were short, fun, frenzied, and addictive. Zynga was slower to recognize this shift.

The smart thing that Zacconi did was that he viewed social networking and mobile as the same platform. He drove King to design games that could be played on a PC or Mac on Facebook, or on a mobile device. You could log into the game on any platform and find your progress and scores synchronized. That allowed consumers to “consume our content in a seamless, ubiquitous way,” Zacconi said.

It did this first with the mobile version of Bubble Witch Saga, launched as King’s first real push into mobile games in July 2012. By January, Candy Crush Saga became the No. 1 game on Facebook. It was joined in the top 10 by Pet Rescue Saga and Bubble Witch Saga. Last month, King launched Farm Heroes Saga and Papa Pear Saga. Zacconi said recently that, after the mobile version of Candy Crush Saga launched, King saw a big increase in demand for the PC version as well. It is also leveraging Facebook’s fast growth on mobile to find new users for its games. 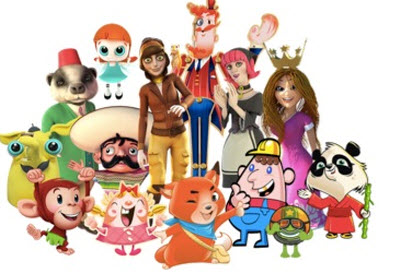 During the past year, as King was on the rise, Zynga was hurting. It missed its earnings targets as Facebook’s growth slowed. The company lost money for a couple of quarters, and it has had to retrench. In the past two quarters, Zynga has returned to breakeven results. But it has shrunk its staff and seen a lot of executive churn.

David Ko, Zynga’s chief operations officer, said in an interview that he isn’t overly concerned about losing the top spot in users to King as he doesn’t see the competition as a zero-sum game.

“The way I look at it is, we have a belief that social gaming is a huge opportunity,” Ko said. “Not only from the estimate that it is a $9 billion market but also from what we’re seeing in the marketplace. Competition like this just reinforces the opportunity. My biggest thing is, I want to make sure that we’re confident that you’re going to see more of our franchises in that mix.”

There are a lot of metrics where Zynga is still No. 1 in social games, such as revenues. But King is on the march. It will have to defend its ground and extend its lead, or the King era may be very short.