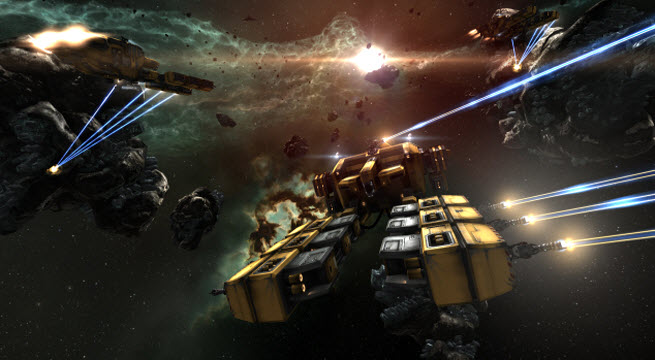 CCP Games has cut a deal with a filmmaker to bring a show called Eve Universe to television screens worldwide.

Reykjavik, Iceland-based CCP has partnered with filmmaker Baltasar Kormákur and his production company to create a TV series based on stories of real gameplay from the Eve Online massively multiplayer online sci-fi game. Millions of stories have been submitted to the Eve Online website, all chronicling events that have happened in the game.

Kormákur’s creative team, in collaboration with CCP, will craft an original concept and story set in the Eve Online setting, where a bunch of rival societies fight in a dystopian sci-fi galaxy.

Kormákur previously made the hit film Contraband starring Mark Wahlberg. That movie was based on the Icelandic film Reykjavik Rotterdam, which Kormákur starred in and produced. He also made an Icelandic film dubbed The Deep. He is currently in post-production on 2 Guns, which stars Denzel Washington and Mark Wahlberg. Universal Pictures will release it on Aug. 2.

“The Eve universe is full of astounding stories of epic battles, daring heists, and gripping political intrigue, all of which will make for an amazing television series,” said Kormákur in a statement. “The opportunity to interact with the fans of the Eve universe directly opens up all sorts of exciting possibilities.”

“The inhabitants of the notorious and beloved Eve universe have 10 years’ worth of dramatic stories to tell,” added Hilmar Veigar Pétursson, the chief executive officer of CCP, in a statement. “Our close collaboration with Baltasar and his creative team gives me confidence that we will capture Eve’s essence, inspiring millions of TV viewers with visions of humanity’s future.”

Eve Online will see the release of Eve Online: Odyssey, the 19th free expansion. The game has 500,000 subscribers a decade after it first launched.