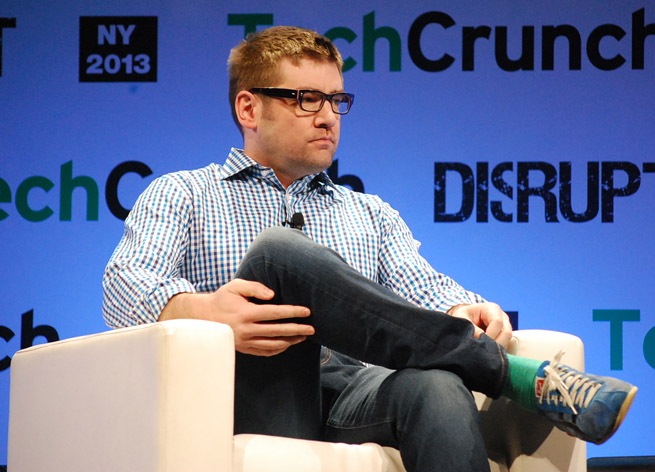 Prominent entrepreneur and Andreessen Horowitz investor Chris Dixon is known for being ahead of the curve, and he recently attracted headlines for investing in 3D-printing startup Shapeways. Another upcoming area he thinks will be big: Startups focused on the virtual currency Bitcoin.

“You had a first wave of Bitcoin startups,” Dixon said today on stage at TechCrunch Disrupt NY. “Now what we’re seeing is that some of the best startup guys are looking at it. There will be a second wave.”

Dixon likes Bitcoin so much because the virtual currency lowers the friction of payments, especially on an international scale. Another reason is that, in some regards, it philosophically matches the early promise of an anonymous Internet.

“You can pay someone without them trusting you,” Dixon said. “The exciting thing about these new currency schemes is you have an anonymous payment system grafted on to an anonymous network.”

The first wave of Bitcoin startups are companies like Coinbase, Coinlab, and Tradehill. These types of companies are focused on helping people trade Bitcoins and exchange them for cash.

Dixon has only been a partner at Andreessen Horowitz for five months, but it’s easy to imagine him and his firm investing in the next wave of Bitcoin startups.

“A lot of people in California are so excited about Bitcoin because there has been a lot of frustration around finance,” Dixon said. “You see what happens on Wall St. It’s very corrupt. … Finally something interesting is happening in financial tech stuff.”