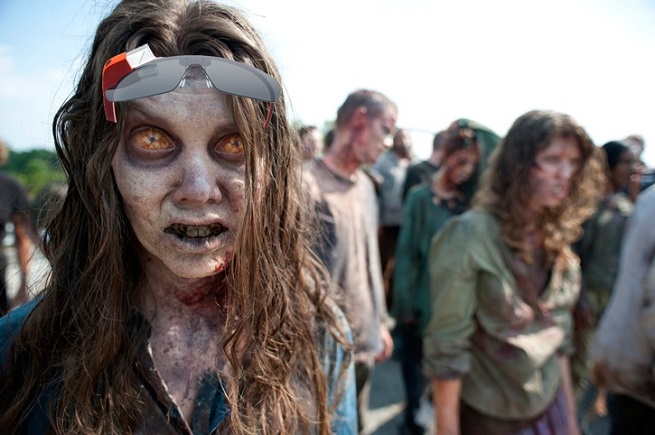 We can always rely on technology to help make our lives easier. And to creep us out.

The first time I started hearing people talking with hands-free devices on their cellphones, I thought the population of local crazies in San Francisco had increased. When I started seeing Bluetooth headsets in people’s ears, I fretted about the coming of the Borg.

Stylish it’s not. But creepy? Sunday at my local Ikea (a scary place in its own right!), I saw someone using Google Glass in public for the first time. The slim, thirtysomething man was sitting in a children’s chair, and I assume he was looking at something that Google Glass was showing him. But I couldn’t tell. From my vantage point, he looked like he was staring off into space, looking at some undefined “middle distance” while the rest of us merely existed in the real world.

Oh, and he was ignoring his kid, too, who was begging for him to play with her.

At least he didn’t take the damned thing into the shower. (Seriously, Robert Scoble, did we really need to see your naked shoulders?)

I have no idea if Google Glass is going to be useful, or if it’s going to be a transformational piece of technology that changes how we interact with information and the world. But right now, seeing someone using it is like watching a creepshow.

And I just want out.