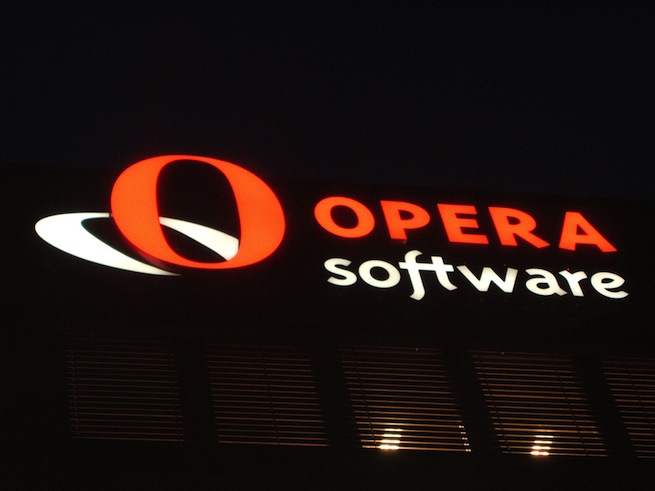 Sharing is caring — except when you’re sued for sharing trade secrets. Opera Software, a Norwegian web and mobile browser company, is suing a former employee for $3.4 million for allegedly supplying competitor Mozilla with trade secrets.

The browser company explained in a statement sent to The Next Web that a hearing will take place in “late August” and that “Opera Software ASA is of the opinion that [Trond Werner] Hansen, after he left Opera, has acted contrary to his contractual and other legal obligations toward Opera, among other things, the duty of loyalty and his contractual and statutory confidentiality obligations.”

Opera may use as evidence a Mozilla Firefox video that shows Hansen speaking alongside Alex Limi, who runs product design strategy for the company, about a new iPad browser called Junior and new features for its existing browser products. Opera reportedly believes that Hansen and Mozilla discuss products that Opera has or is working on, supposedly revealing Hansen’s guilt.

Hansen says it’s quite the opposite and that he can prove he is not at fault.

“I strongly disagree with their position and I believe I have been wrongly accused, and that I can prove my case,” said Hansen in a blog post.

Hansen worked with Opera from 1999 to 2006 and again later in 2009 as a contractor. A “goodbye” blog post submitted by Hansen to the Opera “Desktop Team” blog shows that he led work on Opera’s design and user interface development specifically for Opera on Windows and desktops.

He explained that after his first departure from Opera he started toying with the idea of a new browser called “GB.” The GB would be a “green browser,” giving the money it makes through search providers (since these companies pay browsers for being the tool people use to access search engines) to various green-conscious charities. When he returned as a contractor to Opera, he says he discussed GB with then chief executive Jon von Tetzchner. The two decided not to go forward with the browser because they could not agree on payment terms and no deal, according to Hansen, was struck.

He went on, however, to contract for Opera from 2009-2010, where he admits, “some of my design proposals will naturally be based on some of my older GB concepts, since that’s the direction I wanted to take the browser.”

The video in question shows a Mozilla employee talking about a feature that Hansen told VentureBeat was a part of GB. This is what Opera and Hansen will eventually debate in court.

Hansen told The Next Web that he will be returning to the United States in the meantime to promote his music. We have been unable to independently confirm the amount being sued for, though local newspapers report the same. We have reached out to Opera and will update the post upon hearing back.