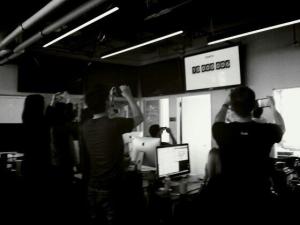 “We like to use the metaphor that Path is your home inside of Facebook city, where Twitter is the news network,” said Dave Morin of his closed-loop network last year.

The company recently rolled out a slew of updates and improvements to make the private network even more personal. As a Path rep said in a recent note, “There is so much more than words that pass between us. A smile or nod or encouraging gesture -– these allow for true connection and understanding.”

Path’s founding team has an interesting background. Morin cofounded the company along with Shawn Fanning and Dustin Mierau in 2010. Morin co-created Platform and Connect at Facebook; Fanning cofounded Napster with Sean Parker.

Path has raised a total of $41.2 million in venture capital and has been involved in a couple of legal spats over privacy in the past.