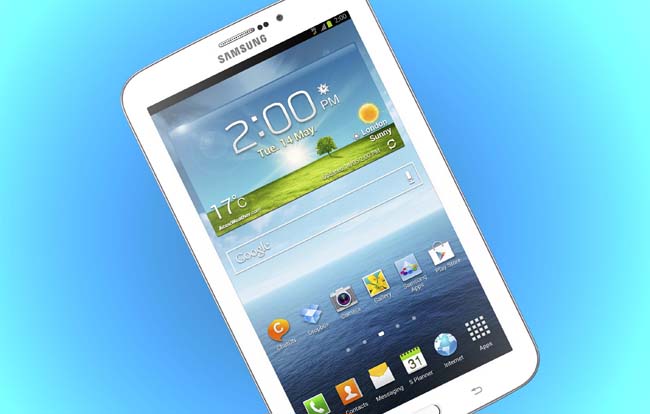 For those of you who closely follow the white-knuckle world of consumer tablets, Samsung has a big treat for you: the Galaxy Tab 3, its latest 7-inch tablet.

While new product announcements from Samsung are usually accompanied with much bombast and fanfare, the Galaxy Tab 3 announcement has been oddly subdued. This, I assume, is due to the fact that the Galaxy Tab 3 isn’t particularly new or exciting — at least if you consider its specifications.

Let’s look at the numbers:

In fact, the only real major difference with the latest Tab lies in its 16GB  of internal storage, which is double that of the Galaxy Tab 2. Also, unlike the previous Tab, one version of the Tab 3 (due in June) will come with a 3G chip — meaning that you can make phone calls with it. Oh, it also comes in white.

Pricing for the device is still unknown, though you can probably expect the Wi-Fi Tab 3 to run for roughly $199 when it’s released in May.