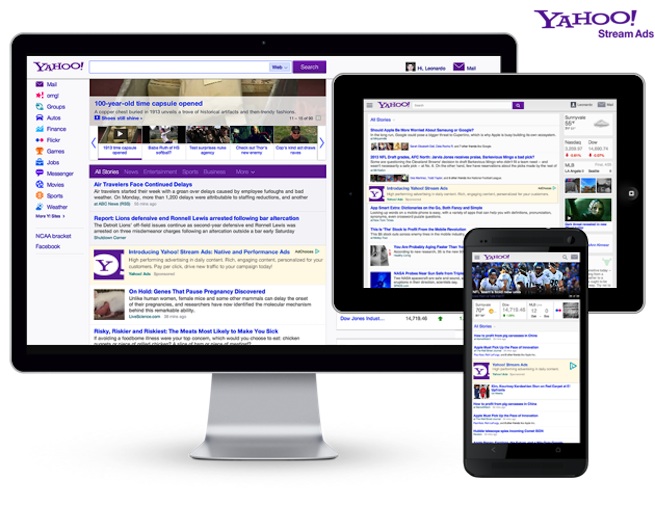 Yahoo is currently implementing a new strategy that will see plenty of useless products trashed while popular products/services refined and improved. This includes Yahoo’s content strategy, which recently included signing a deal with Broadway Video to host Saturday Night Live video clips exclusively. And now, the company is trying to spruce up its advertising products.

The first new ad unit, called Stream Ads, will run alongside content on Yahoo’s news feed. Mayer describes the unit as “the sponsored twin to our news feed articles and are every bit as personalized and engaging.” That may be true, but the ultimate indicator will be if advertisers start seeing results when they run these ads. I can’t really tell you the last time I used Yahoo’s news feed, but that’s an entirely different issue (albeit, one that’s fixable). 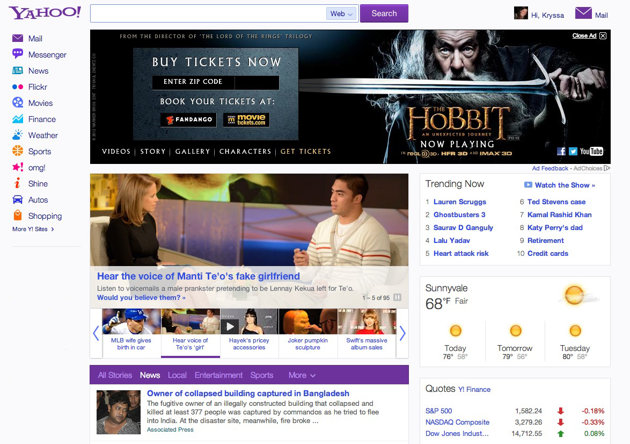 The other unit Mayer calls “Billboard” adds, which isn’t anything new. Whenever a video plays, advertisers have the option of swallowing up the background, offering helpful links, and including a display ad next to the video player. It’s an effort to make those display ads more useful than just something you see and react to either on or offline. The example used is of a movie trailer (the Hobbit, as shown in the screenshot above), which lets you buy movie tickets. If they can make these ads more functional without causing people to leave the screen (meaning, a link pushes you to another site where you actually buy tickets), I can see these new unit’s having lots of potential.