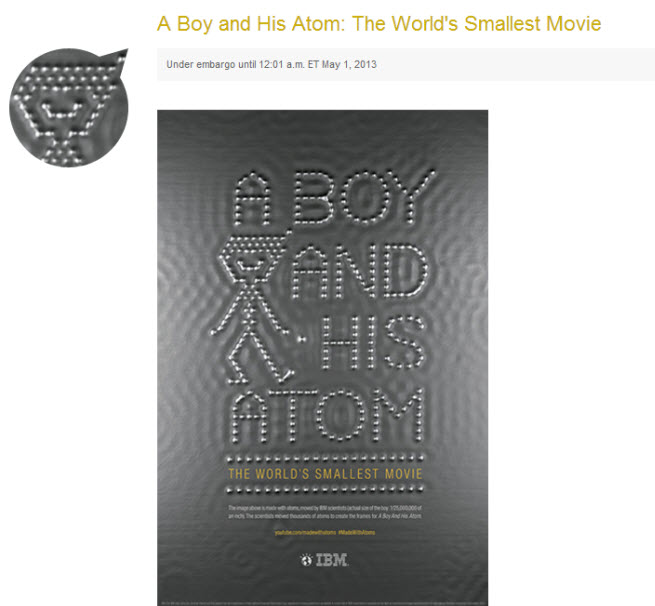 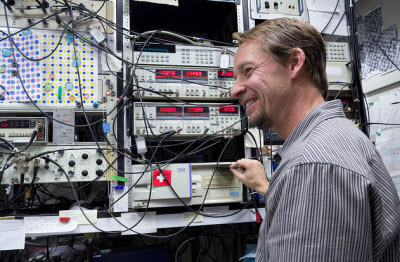 Researchers at IBM say they have made the world’s smallest movie. They used a tiny microscope to move individual atoms around in the film, A Boy and His Atom, to create a stop-motion animated film that is going down in the Guinness World Records as the smallest film. 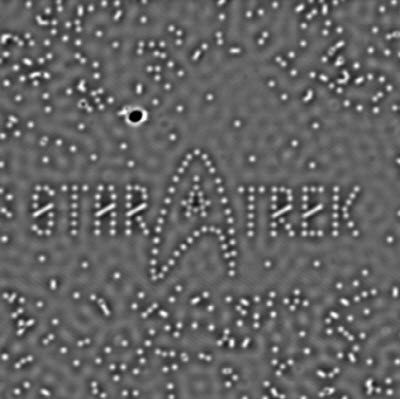 The project was the work of researchers at IBM’s Almaden Research Center in San Jose, Calif., and it is aimed at educating children about the wonders of science and technology. The researchers used a scanning tunneling microscope, a device that won IBM researchers a Nobel Prize when it was invented in the 1980s. It can be used to manipulate individual atoms, and, for fun, the researchers also used it to create Star Trek images in recognition of the upcoming Star Trek Into Darkness movie.

Andreas Heinrich (pictured below), principal investigator at IBM Reseach, said in an interview with VentureBeat that his team used the tool to move thousands of atoms into precise spots, creating 242 frames of stop-motion scenes. The goal, he said, is to convey science to the outside world in order to get kids interested in science education.

“We figured that by making a movie, we would not just create a science story,” Heinrich said. “We wanted to create an emotional story. It is part of our educational outreach, to get people talking about atoms and why they are important.”

In the film, a boy named Atom (consisting of about 130 atoms) befriends a single atom. He plays catch with the atom, dances, and bounces on a trampoline. The film is set to a playful musical track. 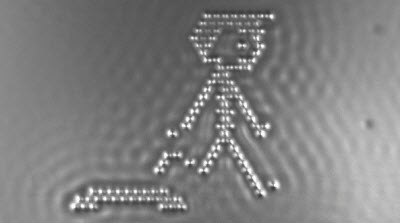 “At IBM, researchers don’t just read about science, we do it,” Heinrich said. “This movie is a fun way to share the atomic-scale world and show everyday people the challenges and fun science can create.”

Christopher Lutz, research scientist at IBM Research, said the scanning tunneling microscope weighs two tons and operates at a temperature of negative 268 degrees Celsius and magnifies the atomic surface more than 100 million times. The device was able to move around carbon monoxide molecules, or carbon and oxygen atoms combined together. In the images, you only see one atom, or dot, because you are looking at it from above. It took about 10 days of 18-hour shifts to get the animations right.

The device can be remotely operated on a PC. The researchers control a super-sharp needle along a copper surface to “feel” atoms. The needle is just 1 nanometer, or a billionth of a meter, away from the copper surface. It can physically attract atoms and molecules on the surface and pull them to a precise location on the surface. The moving atom makes a unique sound that is critical feedback in determining how may positions it has actually moved.

IBM researchers have studied nanoscale materials for decades to explore the limits of data storage. The same team that made the movie also recently created the world’s smallest magnetic bit. They were able to create a single bit of information using just 12 atoms. By comparison, it takes 1 million atoms to store a bit of data on a modern computer.

Heinrich said the IBM scientists also used the tiny microscope to create the tiniest Star Trek logo (pictured above) and the “live long and prosper” sign made popular by the Star Trek character Spock. Heinrich said he has been working on nanotechnology for more than 15 years, with a focus on building better magnetic materials for data storage.

IBM researchers are on a roll. They made working chips modeled on the human brain. They also have created nanomedicine that can kill bacteria where antibiotics fail. And they recently created liquid-based transistors that might process data like the human brain.