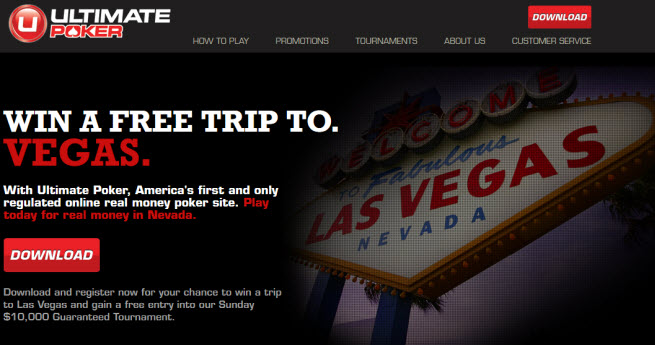 Station Casinos opened up the first real-money gambling website in the state of Nevada today with the debut of UltimatePoker.com.

Nevada has more than its share of flashy casinos. But its newest high-stakes game will let Nevadans gamble in the comfort of their own homes. On Tuesday, Nevada became the first state where residents can legally play online poker for real money.

The state legalized online poker in February, followed by New Jersey and Delaware. The hope is that such online gambling will generate billions of dollars in revenue for both companies and local governments collecting taxes.

Michael Caselli, publisher and editor in chief of iGaming Business, said, “This is a necessary move for American Gaming. The world has gone digital and with online gaming proven a safe and reliable technology throughout the rest of the world, it was only ever a matter of time before the largest gaming operators in the world moved into the 21st century. Besides being the right technological move for the casinos, it brings convenience, innovation and better entertainment value to the consumer, making this a win-win move by Ultimate Gaming that every other terrestrial gaming group in the United States is sure to follow.”

UltimatePoker.com will operate under a 30-day license as the site works out any problems before getting a permanent license, according to a Reuters interview with A.G. Burnett, the chairman of the Nevada Gaming Control Board. Other companies are following close behind, he said. So far, players have to be in the state of Nevada in order to play UltimatePoker.com.

Internet gambling was banned by Congress in 2006, but the Justice Department relaxed rules in 2011, allowing states to explicitly approve online gambling on a local basis. Ultimate Gaming is headed by chief executive Tobin Prior and Tom Breitling, co-founder and chairman. Breitling came to Las Vegas in 1993 with $100 in his pocket. He set up an online reservations company and grew the business to $104 million in 1999. He sold the company in 2000 to Expedia for more than $100 million. In 2004, Breitling and his co-founder, Tim Poster, acquired the Golden Nugget hotel-casino properties for $215 million.

Their operation became the subject of the Fox TV reality show, The Casino. In 2005, Breitling and Poster sold the Golden Nugget to Landry’s Restaurants for $340 million. Breitling published his autobiography, Double or Nothing, in 2007 and worked at Wynn Resorts from 2008 to 2010.