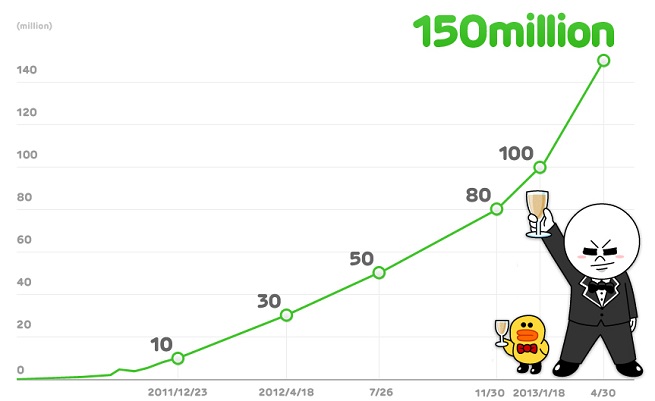 Line has become an important mobile messaging network and source of game distribution in a very short time. NHN reported today that its Line messaging app now has more than 150 million registered users, up 50 percent from just three months ago in January. 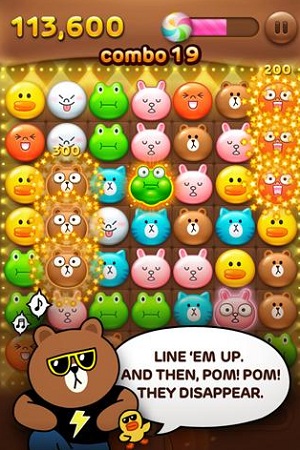 Those users have downloaded more than 100 million games, even though the number of games accessible on the network is just 24.

Launched just 22 months ago, the free-calling and messaging app has taken off in Japan. It has also grown in other regions, including Spain and the Spanish-speaking region of South America. Spain already has more than 10 million Line users.

Line’s official camera app had more than 30 million downloads worldwide in April alone. NHN, based in Korea, released Line as a group communication service on mobile devices in June 2011. Line is now offered in 12 languages and regions including Southeast Asia, Latin America, the Middle East, and Africa. Altogether, Line has hit the No. 1 app in 41 countries in the free category.

Until recently, Line had just 16 games, and they garnered more than 100 million downloads. Now the number has expanded to 24 games. The service competes with other mobile messaging networks such as Kakao Talk in Korea, WeChat in China, and others in the U.S.