The film animator-turned-indie game developer was using a graphics engine called CryEngine to create his first project, a third-person action-adventure game called Ghost of a Tale. But he was getting nowhere. He didn’t know how to program in C++. He often needed technical support. Although he’d long been a vocal supporter of CryEngine, he felt it was holding him back.

Then a friend told him about another development system called Unity 3D.

Gallat had heard about Unity, but he wasn’t convinced it was the right tool for his game. “I was stupidly thinking that all Unity was good for was little casual web-browser games and some puny phone applications with visuals straight out from the 1990s,” he blogged at the time. “And boy, was I in for a surprise!” 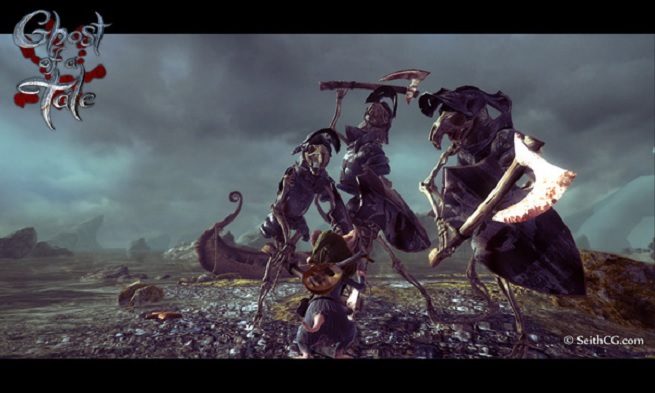 Gallat, who goes by the online moniker “Seith,” has been in the movie business for more than 15 years. He’s worked for both Dreamworks and Universal Studios on films such as The Lorax, Despicable Me, and The Prince of Egypt.

Ghost of a Tale wears that movie background on its sleeve. Its star is an adventurous, anthropomorphic mouse (sadly, it doesn’t know how to cook French cuisine) alone on an island filled with undead rat soldiers. Gallat is purposely keeping the game’s story under wraps, but says it’s influenced by a long tradition of talking animals in animated films like Disney’s Robin Hood, Winnie the Pooh, and The Secret of Nihm.

“All those influences, just being able to put some cute animals … into a situation where they have to really face danger, but also find empathy in the player, so that the player can care a little bit about the characters and understand, even though they don’t look human,” he said. “That’s what I’m trying to do. To be able to show that even though they don’t look at all like us, we can really understand [them].”

“I’m just trying to do something that’s charming, sympathetic, but I’m not shying away from violence or danger or stuff like that,” he added. 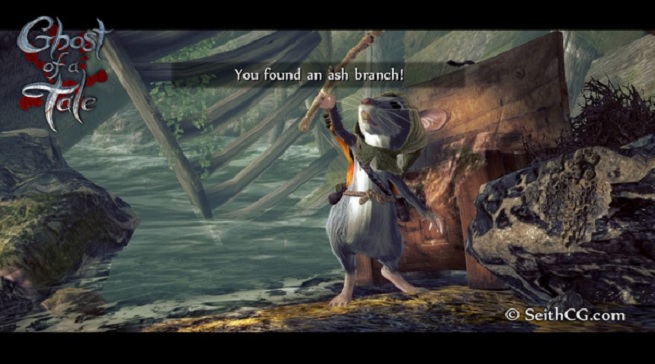 Above: An early alpha screenshot of Ghost of a Tale.

Gallat also lists the early Zelda games, Ico, and Gothic as inspirations for Ghost of a Tale, but its moody setting is reminiscent of a more recent title: Dark Souls.

“I love Dark Souls. It’s an amazing game,” Gallat said. “Of course I’m influenced by that. To me, it’s an achievement. It looks really great and there are many fantastic things about it. I’m very happy when people [compare it to Ghost of a Tale]. Because it’s true there is a sense of desolation, maybe despair, because you’re really alone in a very dangerous world. So, yes, there are some common points.”

Although the two games share a sense of atmosphere and an emphasis on exploration, Gallat stresses that they’re otherwise very different. “I’m trying to manage expectations in a sense, because it’s not going to behave at all, it’s not going to play at all, like Dark Souls. But I’m very happy if people get a Dark Souls vibe from the video, because that’s what it is. It’s kind of a mood, you know, an ambiance that is a little bit similar.”

Gallat officially decided to move Ghost of a Tale to the Unity engine in late 2012. He said the prejudice he had against Unity dissolved once he seriously looked into it. “It was easy to use. Elegant. That’s what I really liked,” he said.

Now that he felt he was able to move forward, he knew it was time to get really serious about the project. But if he was going to get serious, he needed a budget. For more than a year, Gallat has paid for development costs out of his own pocket. “Not too long ago, I realized my savings are not going to be eternal,” he said.

Gallat needs upgrades for several expensive programs and licenses. He also needs to replace his aging computer, which he said is not optimized for video games. Then there’s the people helping him out on the project, like composer Jeremiah Pena. He provided music for Ghost of a Tale’s alpha trailer, and for the soundtrack, and Gallat doesn’t think he should work for free.

So, he turned to crowdfunding website Indiegogo for help. He set up a campaign to raise 45,000€, nearly $60,000 in U.S. dollars. He said it’s the bare minimum needed to complete the project. It’s a fixed-funding campaign; if he doesn’t raise the full amount by Monday, May 13, he receives nothing. 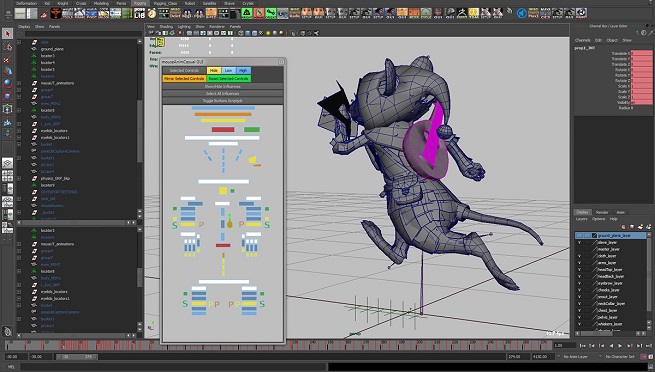 “If I really want to get serious about [the game], and the goal is to achieve financial independence, that means managing not only to finish the game and to pay the people who work on the game, but also to sell it and make money out of it, to be able to sustain the company and, hopefully, be able to do other games,” Gallat said.

Even if his Indiegogo campaign fails, Gallat said he will continue to develop Ghost of a Tale.

“I think that if it doesn’t work I will try to do my best to keep on working on the project for as long as I can on my own,” he said. “And then I’ll have to stop when financially I cannot just keep on doing that. I’ll have to go back to the movie business. And that’s it. Because at this point, you know, what I have in mind, what I would like Ghost of a Tale to be, I’m not going to be able to just do it as a hobby, on the sidelines on the weekends. It’s just not possible. Even though it’s not overly ambitious and crazy, it’s still a lot of work. It’s a huge amount of work. So I need to do it full-time. That’s the only way.”