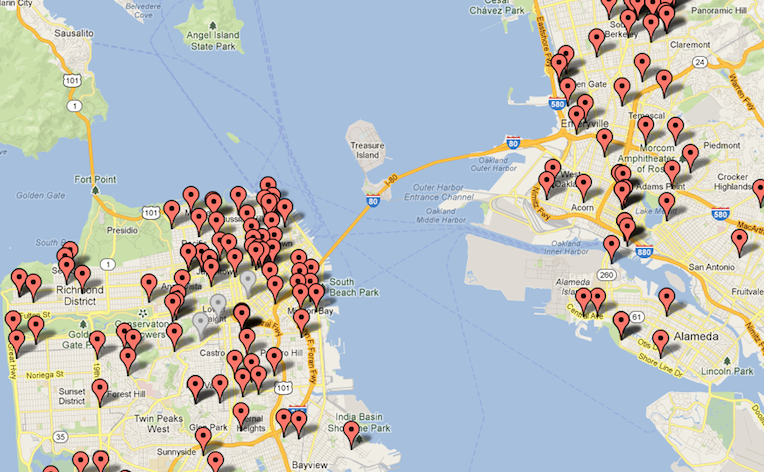 A judge ordered that Craigslist cannot sue PadMapper and 3Taps for using its data under copyright protections, but the two companies — an apartment listings site and its data collector — still face claims that they violated the Computer Fraud and Abuse Act.

PadMapper gained popularity in 2012 for its apartment search app, which overlaid Craigslist vacancy listings over a Google Map to show their exact locations. It worked well — I used it during my own apartment hunt — allowing you to sort by the regular renting details: price, number of bedrooms and bathroom, location, and more. But then Craigslist blocked its data access, and while PadMapper founder Eric DeMenthon said it felt “dickish” to go against Craigslist’s wishes, he found a “legally kosher” way to do so and felt making renters’ lives easier was more important than pleasing Craigslist.

Craigslist then sued both PadMapper and 3Taps (which provided the legally kosher data access) in July 2012 and quickly changed its terms of service to say that Craigslist has exclusive rights to its users’ listings and that they couldn’t be posted anywhere else. It backtracked on this, however, when the community raged.

“Craigslist has threatened scores of startups and established firms with copyright claims over user content posted to its site,” 3Taps wrote in a blog post, “Justice Charles R. Breyer … put an end to further sham litigation by dismissing Craigslist assertions that it held exclusive licenses and copyright over user generated postings submitted to its site.”

But the argument that 3Taps violated the Computer Fraud and Abuse act by continuing to access Craigslist data after the company took measures to block that access still seems to hold water in U.S. district court, according to Judge Breyer.

The Judge explains in the order that Craigslist both restricted data access through its terms of use and went so far as to block 3Taps-associated IP addresses. When 3Taps used new IP addresses to access Craigslist, it may have violated the CFAA. These lines are still murky, however, so the judge denied 3Taps’ move to dismiss the claim.

3Taps countersued Craiglist in August 2012, a suit that still stands. The battle of the apartment listings rages on.