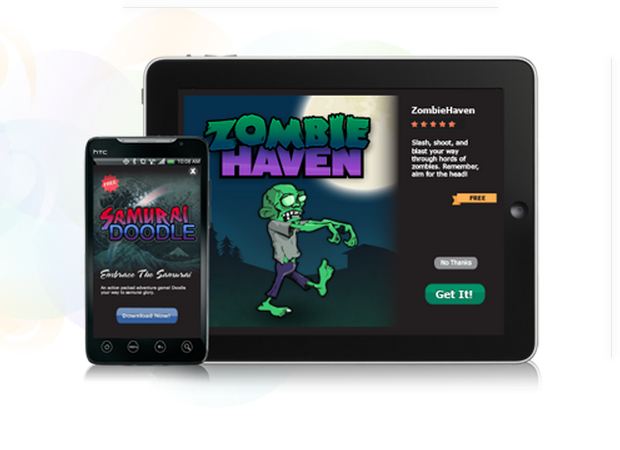 Mobile gaming is huge, but it’s getting even bigger still. The companies that are benefiting the most from that growth are the ones that built and maintain a network that connects users across many developers’ games.

Today, platform company PlayHaven revealed that its products, which help mobile developers find and keep an audience and then generate revenue from that audience, continues to grow exponentially.

“We’ve seen incredible growth across all of our key metrics that we follow,” PlayHaven chief operating officer Charles Yim told GamesBeat. “We’re seeing increase adoption in our platform that we offer to game developers and the number of end-users that we serve.”

Yim pointed out an astonishing 1,100 percent growth in the number of calls developers are making to the PlayHaven software every month. Mobile games access the PlayHaven suite of tools more than 10 billion times each month. That number is up from around 700 million in 2012.

“That really speaks to the increase depth and usage of our tools,” said Yim.

PlayHaven is also celebrating growth in the number of end users that play games through its platform. The software company now tracks more than 523 million unique users. More than 121 million of those are monthly active users.

“We have a comprehensive set of tools that helps developers manage their users’ life-cycles from end-to-end,” said Yim. “We try to start with them from the beginning to acquire high-quality users. Once they’ve acquired those users, we help them intelligently engage, retain, and monetize those users.”

While the growth is important to PlayHaven, Yim says the company is still just focused on making its platform better.

PlayHaven performed a case study with Big Win Slots developer Mobile Deluxe. That studio previously attempted user acquisition and monetization in-house. Eventually, it approached PlayHaven to see if it could maximize its audience.

“We make free-to-play casual games, so it’s vital to capture revenue at all phases of a player’s lifecycle,” Mobile Deluxe director of marketing Alfred Fung said in a statement. “Using a combination of PlayHaven’s tools has allowed us to test and gain insight into what resonates with our audience in order to maximize revenue from different customer segments.”

In March, PlayHaven moved to a revenue-sharing model that allowed the company to make its suite of tools free to developers. Mobile Deluxe is just one company that switched over and found success since then.