Once again, it’s time for some bouncy commentary from our socially engineered panel of experts!

BEWBS! In an video game industry increasingly sensitive to gender issues, it’s just lucky we have a developer like Vanillaware to come along and remind us that we’re really all just pretending to be grown-ups. To wit: George Kamitani’s character designs in Dragon’s Crown, Vanillaware’s side-scrolling fantasy elf-em-up, which skip merrily past “exaggerated” and go straight to “daaaaammn.”

It’s not uncommon to see female video game characters with breasts larger than their heads, but Kamitani’s art style — along with Crown’s hyper-jiggling animations — still gave a jaded gaming community pause. Then, when Jason Schreier at Kotaku called it juvenile in a slightly juvenile way, Kamitani doubled down, lightly suggesting that anyone not sexually aroused by his ladies’ physics-defying anatomy was probably gay, and that was probably bad. He’s apologized since.

Launch the gallery below for wisdom! 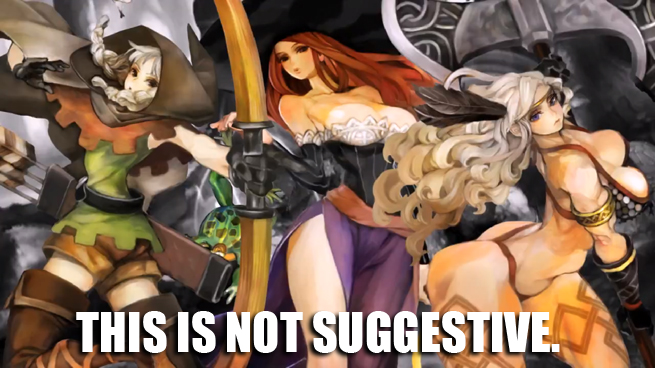