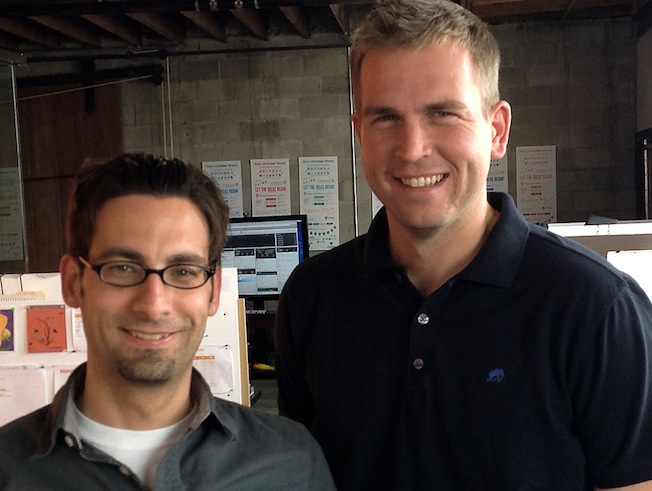 Can a tech startup convince the average American to be more engaged in civic life?

MindMixer’s founders are on a mission to inspire citizen engagement, particularly around important social issues like education and health care. “We would see only ten or fifteen people attend public meetings, and thought it was an issue of convenience, not apathy,” said cofounder Nick Bowden [right] in an interview.

Today, the startup closed a $4 million funding round to expand its current set of services and tools, as well as hire developers.

The Omaha Nebraska-based founders say the technology is now used by hundreds of clients — primarily civic groups, health organizations, nonprofits and a few corporations — to communicate more effectively with their desired audiences. MindMixer says it has experienced 40 percent growth quarter-over-quarter since its inception.

The company has come a long way since 2010 when urban planning experts Nathan Preheim [left] and Bowden launched an initial product to connect community members in online forums with municipalities.

To bolster its ability to engage audiences on social media, MindMixer made its first acquisition of VoterTide in March. VoterTide is a social media intelligence startup that engages audiences around hot issues for political campaigns, non-profits, and special interest groups.

Among its most high-profile customers, the team is currently working with city of San Francisco for an initiative dubbed “ImproveSF” (the most recent project is a virtual town hall meeting). MindMixer’s technology is also utilized by the D.C. public school district, Ohio State University and ed-tech startup Coursera.

“The city of San Francisco issues a monthly challenge — to engage locals, they launched a challenge to redesign public library cards, and are looking for ways to provide access to healthy food in the Tenderloin district,” Bowden explained in a phone interview.

The funding round was led by Nelnet with existing investors Dundee Venture Capital and Optimas Group also participating.

To learn more about MindMixer, check out the video below.