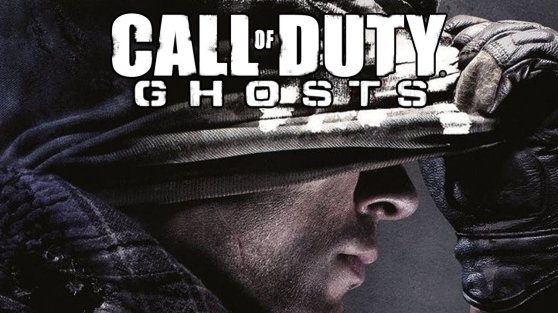 Even though it was only announced yesterday, the November 5 release of Call of Duty: Ghosts is already available for preorder at numerous retailers. At the time of writing, three retailers are offering bonuses with the game. The most enticing deal on the PC download comes from GameFly in the form of a $7 digital download credit that’s yours as soon as Ghosts releases.

If you’re more of a console gamer (or just don’t want to wait half a year for a $7 credit), Best Buy’s got an alternative deal that applies to the PC physical and console editions. You’ll be out around a hundred bucks because they make you purchase an additional game, but you get instant gratification in the form of a $15 gift card that doesn’t just apply to downloads. If you’re already tempted to buy an additional title and are resigned to the fact you’ll probably buy something else from Best Buy soon – because let’s face it, those marked up HDMI cables have a draw on you – this deal isn’t half bad.

Just over a month after its critically acclaimed release, BioShock Infinite finally gets a discount on the console versions that beats the best current PC download deal. Best Buy is offering $15 off Xbox 360 and PS3 versions of the game, bringing them to $44.99. This makes the lowest price we’ve seen for the console game by $3, and it saves you $12 off the current next best deal out there.

If you want to live dangerously on both sides of the law, Green Man Gaming’s offering a dual pack of downloads that’ll let you commit or solve crimes, depending on which angel on your shoulder has your ear at the time. They’ve bundled both Max Payne 3 and LA Noire for $16.

This combo price ties the lowest summed price we’ve seen the games sell for separately, but you’ll also get the Max Payne 3 Rockstar Pass DLC. The lowest we’ve seen the Rockstar Pass go for in the past is $7, so effectively you’re getting the full games at lowest ever prices plus a free DLC. Both games received stellar reviews, so if you haven’t played one or the other, this is a great time to buy.

Tomb Raider Collection (PC Download) — $12 at Green Man Gaming after coupon. If you want to grab everything before the most recent Tomb Raider title, this is easily the cheapest way. Nine titles.

Kingdoms of Amalur: Reckoning Collection Bundle (PC Download) — $8.99 at GamersGate. This is the base game plus two DLC packs. Normally $30.

Neverwinter Nights 2: Complete (PC Download) — $5.99 at GamersGate. Excellent PC RPG for an even better price. This bundle comes with all 3 released expansions.

Gothic Complete Collection (PC Download) — $5 at Green Man Gaming after coupon. Includes all three parts of the saga. Next best is $25 at GamersGate.

Just Cause Pack (PC Download) — $5 at Green Man Gaming after coupon. Contains Just Cause and Just Cause 2. If you bought each game separately, they’d add up to $19.

June 14: The Last of Us (PS3) — $49.99 at NewEgg. Still a hot, eagerly anticipated title, and Newegg is clearly capitalizing on the hype.

Metal Gear Rising: Revengeance (PS3) — $39.99 at NewEgg after coupon. A new style of action-oriented gameplay for the Metal Gear series. Next best is $46 at JR.com.

Sleeping Dogs (PS3, Xbox 360) — $19.99 at Groupon. Good price for the console versions of this open-world game which hardly ever goes on sale.