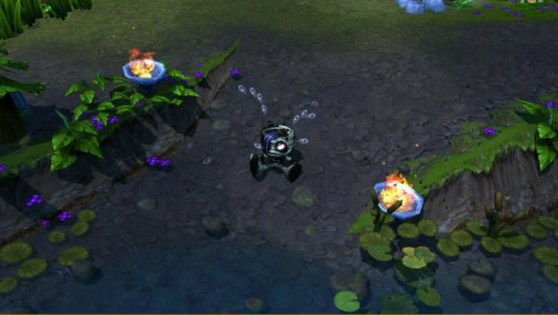 China’s PC online game market is expected to hit $11.9 billion in revenues in 2013, up 28 percent from a year earlier according to a forecast by Niko Partners.

San Jose, Calif.-based Niko specializes in measuring the Chinese market for online games. The company predicts that mobile games will disrupt the PC-based casual and social game markets in China, reflecting a worldwide change for the game business. On top of that, hardcore downloadable online games (such as League of Legends, pictured above) will also disrupt massively multiplayer online role-playing games such as World of Warcraft.

Niko’s forecast is included in the latest version of its China’s PC Online Games Market Report.

“China’s PC online games market has grown from $10 million in 2001 to more than $9 billion as of the end of 2012,” said Lisa Cosmas Hanson, managing partner of Niko Partners, in a statement. “Some industry observers say that because MMORPGs have given way to other genres, the market is done. This is definitely not true.”

The report says that 18-year-old to 24-year-old males are flocking to shooter games and bringing life back to the waning Internet café environment that has been in decline with the rise of home PC ownership. Niko said that Tencent dominates the MMO non-RPG category and the overall PC online game industry.

Niko also said revenue growth will slow over the next five years, but each year the market will add more than $2 billion in revenue.