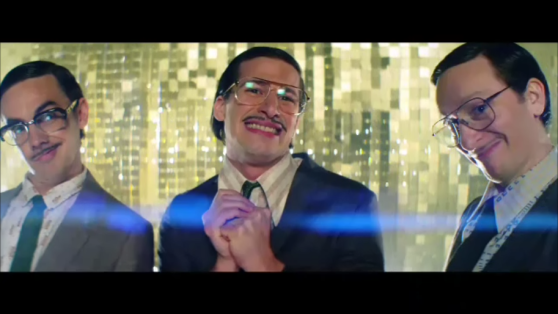 “Creepy” is a word that often gets thrown around when we’re talking about Google Glass, somewhat rightfully, and somewhat not. Creepy, however, is mostly an emotional appeal; like Justice Potter Stewart’s views on pornography, while it’s tough to describe what “creepy” is, most of  know it when we see it. And right now, Glass is pretty creepy (and, no, Robert Scoble isn’t helping.)

But does Glass have to be creepy? Judging from the basics of how Google is advertising it — as a camera that you have strapped to you face all day, recording everything and everyone — I’d say the creepiness is unavoidable. It’s going to be a long time before people don’t automatically flinch when someone wearing Glass looks their way. And that’s going to have major effects on how fast the technology is adopted and accepted. 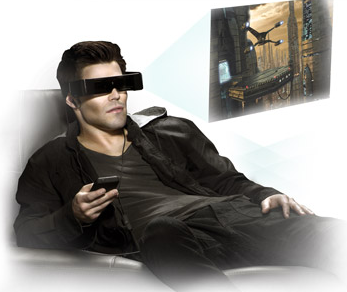 But while Glass seems doomed to the world of the creepy, augmented reality glasses themselves don’t have to be. This is clear judging from devices like Epson’s Moverio BT-100, a pair of augmented reality glasses that’s targeting a very different audience than Google’s catch-all Glass experiment. While Epson actually announced the device years ago, the company is trying to get its specs back into the conversation now that Glass is getting big.

Eric Mizufuka, Moverio’s product head, sums it up the Glass situation well: “Glass has been around for over a year, but Google is still struggling to say what they want to do with it. Right now it’s just photos and video,” he said.

Moverio, on the other hand, was designed with its killer app in mind: workforce training. Because the specs function as true augmented reality displays, developers can create overlays for things like car repair and thermostat installation  — basically anything that would benefit from the use of a hands-free walkthrough.

Here’s another example: Say you are a hapless plumber trying and failing to repair someone’s toilet. Rather than give up — or, worse, do a crummy job — you flip on your augmented reality specs and someone sitting at a distant computer uses  overlays to take you through the repair process step by step. It sounds farfetched, but it’s the very sort of thing companies like Scope Technologies are working on. (It’s also completely opposite of the thing that Google seems to be concerned with.)

This video gives you a good idea of how such a system would look. It’s pretty  neat.

Of course the tough thing to ignore here is that Moverio is ugly, bulky, and not all the type of thing people would want to walk around with all day. These realities would be a kiss of death if  Moverio were a consumer device, but it’s not a consumer device. This, Mizufuka argues, gives the device a bit more wiggle room in the aesthetics department.

“For a lot of enterprise applications, if a technology provides a return-on-investment, style isn’t as important. I think that’s one of the real struggles with going real heavy after the consumer market,” he said.

The same goes for the creep factor: In the commercial marketplace, people are going to be less worried about being photographed or recorded and more concerned with getting their jobs done.