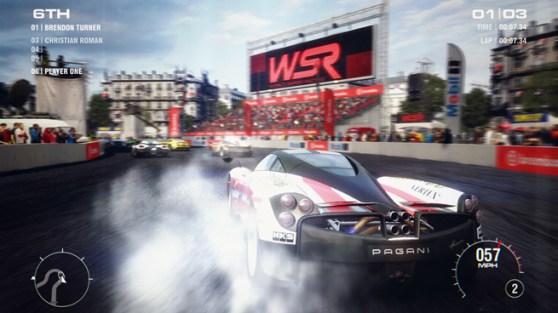 Between permanent invincibility in Call of Duty, scoring made-up words in Words with Friends, and using automated programs to farm rare enemies in World of WarCraft, cheating in online games has long been a plague on law-abiding players attempting to operate within the intent of a game’s design. Codemasters senior game designer Ross Gowing spoke with GamesBeat to discuss how his studio is working to deal with online cheaters in its upcoming racing title, Grid 2, which releases on May 28 for Xbox 360, PlayStation 3, and PC.

GamesBeat: Online racing has been especially marred by players who prefer to troll each other and turn what should be a match of skills instead into bumper cars. What are Codemasters’ feelings on that, and how is it being approached in Grid 2?

Ross Gowing: We’ve seen how much frustration this causes amongst players; and it was one of the first things we wanted to address in Grid 2’s multiplayer. We’re using an Impact Rating system which will determine whether a player races cleanly or causes pile-ups and then match them with other players who have the same ethos, hopefully leading to a much more enjoyable experience for everyone.

GamesBeat: What are some specific examples of players gaining an unfair advantage by going off track, and what sort of penalties do they get?

Gowing: By either cutting a corner or, in rare cases, sling-shotting via the run-off area outside a double corner to maintain speed — or gaining a position by going off track — are all ways that players could gain unfair advantages and are things we’re aiming to eliminate. We’re going this by using a system which calculates whether any advantage has been gained by those actions and then slowing the offender’s car down for an equivalent amount of time to compensate. If you go off track but don’t gain any time or position advantage, we let you carry on as if nothing has happened. 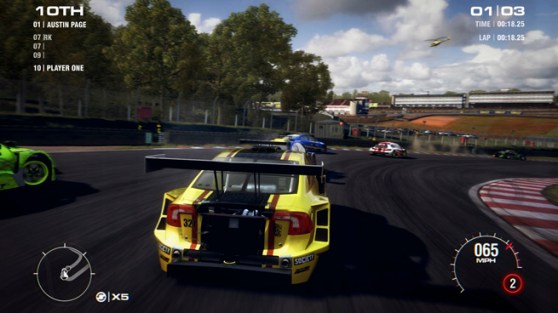 GamesBeat: Is cheating as much of a concern for single-player? Do you feel the game needs to be played as intended, or once the player pays their $60, it’s up to them how they want to enjoy the experience?

Gowing: All the career events have leaderboards, so we have to make sure that players aren’t cheating and ruining those for everyone else. Our corner-cutting system will be in full effect to ensure that, but single-player doesn’t have the Impact Rating system watching over it in the same way that multiplayer does.

GamesBeat: Quarantining confirmed cheaters has become a pretty common approach for triple-A online games. Is that something Codemasters is also doing now?

Gowing: People who cheat and grief will be matched against each other where possible rather than other players. This means they can get on with whatever it is they want to do but with other people who’ll be doing it right back at them.

GamesBeat: What sorts of checks and balances are in place to confirm cheaters while not punishing normal players?

Gowing: Our Impact Rating system identifies who is at fault for a collision and tallies it against the appropriate player. As a player accumulates marks against them over time, their rating bracket will change, and they will be matched against other players in the same bracket where possible.

GamesBeat: What happens when a cheater realizes they’ve been quarantined? Part of the effectiveness of this method is that they’re never the wiser. But when they do figure it out, is there a way for them to make it back to the normal player pool? Then what?

Gowing: We have made our rating system visible to everyone, with each player having a colored icon next to their name and their race rewards being adjusted slightly depending on their rating bracket. If a player has a negative rating and decides they want to do something about it, they can start to race cleanly, and over time they will see their rating improve to the point where they are once again able to join the normal player pool.