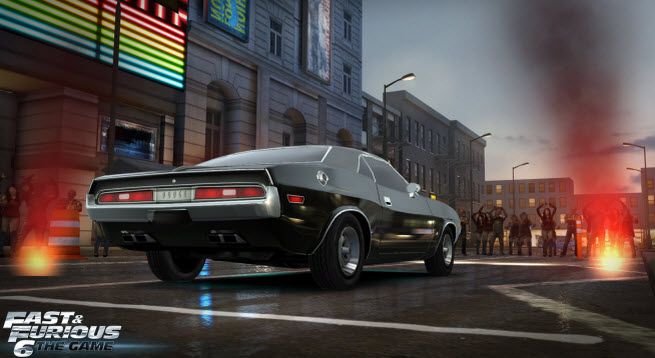 The confidential internal memo is now public: Video game industry juggernaut Electronic Arts is laying off as many as 1,000 employees. As an EA alumnus and friend of some of the affected employees, this truly saddens me. Even in the fevered pitch of competition, no one likes to see good teams and good people affected by market change.

But you can’t stop evolution. Console game companies are standing on the same ground as others that were disrupted before them. Borders was shuttered by Amazon, Blockbuster buried by Netflix, and Encyclopedia Britannica withered by Wikipedia. When consumers get something faster and cheaper via the Internet, disruption occurs, and the companies that don’t evolve quickly inevitably decline. The cycle of change is rapid and relentless. This is industry Darwinism at work.

Free-to-play game companies have been riding this wave of disruption. It’s a wave analysts believe will generate more than $20 billion in 2015, or almost one-third of worldwide gaming revenue. There is no question that free-to-play games are here to stay.

When I started working in the free-to-play gaming industry in 2007, many of my video game colleagues wondered if the business model had legs. Why would core gamers ever pay for content via micro transactions? How could a game company possibly afford to give their games away for free? These questions may sound out-of-date today, but they were certainly reasonable back when traditional PC video games accounted for $50 billion, or more than 98 percent of the world’s annual gaming revenue.

Today, games on mobile devices make up about half that revenue alone. No one anticipated this even six years ago. When Steve Jobs unveiled the iPhone in 2007, he proudly showed off what you could do with it: Listen to music. Check voice mail. Search the Web. Find directions. Get a stock quote. But there was one thing Jobs did not tout: Play games. Games literally went unmentioned when Jobs introduced the first iPhone. That sort of omission would be unthinkable today.

While no one, not even Steve Jobs, might have called it right six years ago, gaming has inexorably become central to the mobile phone industry. For proof, take a look at the number of games versus other apps on the top grossing charts, where 83 of the top 100 grossing iOS apps are games.

My boss, Kabam co-founder and CEO Kevin Chou, says games represent the “Triple Crown” for mobile devices, with the unique combination of reach, engagement and monetization. As Kevin wrote in Wired, reach is the percentage of people who own a mobile device that engage in an activity such as playing games, checking email, or shopping, and gaming’s reach is 60 percent of all tablet owners. Engagement is the percent of time spent on the device, and 67 percent of all time spent on tablets is spent playing games. Monetization involves capturing the share of wallet, and gaming wins hands-down. More than 80 percent of all revenue generated last year by mobile applications — a $10 billion software industry — was from games, according to Flurry Analytics.

And it’s only going up. The universe of mobile users grows exponentially while the console universe is flat. For example, according to the investment banking firm Jefferies, the installed base for consoles was 240 million in 2012. Compare that with the installed base of 450 million for iPhones. That doesn’t include Android or tablets.

Mobile alone is reason enough for the console industry to go into rapid decline. But there’s more.

New generations of video game consoles come out only every four to six years. Compare that with the timeline for tablets. New tablets and smartphones come out every year with ever-increasing computing power, functionality, and fidelity. It’s only a matter of time before the majority of former console developers focus on free-to-play, leaving the console ecosystem in further disarray. 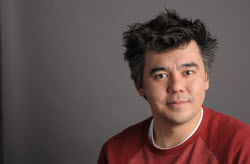 Consumers, of course, have the final say. They’re voting with not only their pocketbooks but their bags as well. Free-to-play has taught consumers they don’t need to shell out $60 for a game before they even try it.

Free-to-play has changed how we pay for our entertainment. Mobile devices have changed how we play our games. Together, they’re an unbeatable foe for the venerable console games industry.

As hard as it is to watch industry disruption impact so many good people at EA, there is good that can come from this. EA rose to the top of the gaming industry by hiring and training many of the industry’s most talented contributors. Some of these good folks will soon be in the job market for reasons very much outside their control. Now they have the opportunity to embrace change faster than they would have had at EA. I hope many will consider a future in free-to-play gaming.

Andrew Sheppard is president of Kabam Studios, a leading player in the western world for free-to-play core games.