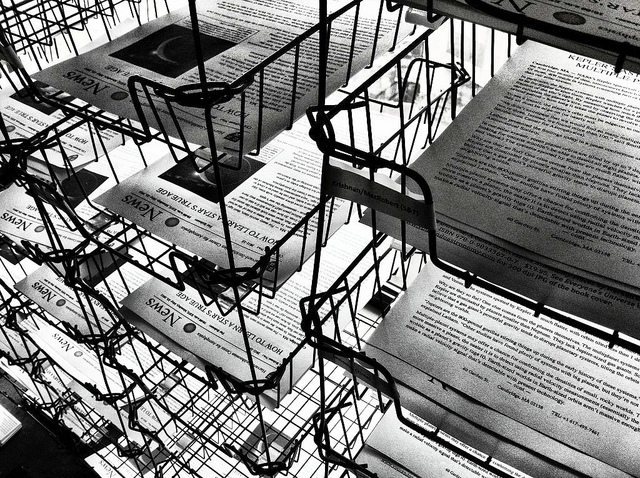 Kevin Leu is the founder of GirlsOnAMap.com.

There are lots of dumb things you could do as a startup entrepreneur — like base your company out of Bakersfield, allow yourself to be acquired by Groupon in an all-stock transition, or pitch your growing U.S.-based startup to the Samwer brothers — but nothing could be more dumb than throwing your hard-earned venture capital money at a public relations firm.

Sure, many startup founders out there don’t have the first clue about how to “do” public relations for their startup. They’ll think long and hard before finally plopping down that $12,000 retainer fee — with a required six month commitment — out of their precious Series A investment.

As a former journalist who entered PR for a few years (working in-house, managing PR firms, working with them on joint announcements, and consulting with other startups) I can tell you that most PR firms I worked with are full of sh*t. I’m not saying there isn’t some value, but the value is nowhere near enough to justify the cost, given your limited resources.

1. They don’t know how to tell a story

I’ll be honest, working in “professional” news and reading press releases every morning really honed my sense of what does and does not make a story. I was able to sift through all the hyperbole from clichéd PR specialists and figure out a way to tell an interesting story. (At least I hope it was interesting!)

So when I joined the ranks of PR, I always thought backwards: from the point of view of the specific trade journalist, to writing the press release so that the journalist would see those points.  Unfortunately, most PR people don’t know how to do this.

I’m not saying that someone who studied “Public Relations” in college can’t tell a good story, but they’re immediately limited by the conformity of a non-innovative industry.

2. They rest on their laurels

I can’t tell you how many times I’ve worked with PR firms who tout their “previous clients” — which are indeed impressive — but who are no longer clients. Or the executives who handled those high-profile clients are not the ones who will be working on your account. Sure, those executives will show up for the first few meetings, then they’ll pass off the duties to a couple of underlings: one mid-level manager (6 – 8 years experience), and the other just a few years out of school. It’s also called Bait-and-Switch, which I learned about from Mike Seaver on Growing Pains. It was a good episode.

Well, it’s probably mandatory they speak like they know everything, which is how they convince many a startup that their services are needed and the commitment will be rewarded. I have found this bravado to be annoying. Maybe it’s because in Silicon Valley we value humility over braggadocio.

I would be much more impressed with a PR person who showed curiosity and asked a lot of questions about my team and product. There is no one who knows the product as well as you, but if a PR person is any good, he/she’s going to try and get as close to your knowledge as possible.

4. They take more credit than they deserve

During every press campaign, PR firms mark down every publication and online newspaper that “picks up” the story, which for them means whomever re-prints the press release word-for-word. This is an automatic thing that is triggered from release sites like PR Newswire, Business Wire, and PR Web, and does not require the services of a PR firm. Startup entrepreneurs are always impressed by these links when they shouldn’t be. How many people go to the Jacksonville Business Journal and read the re-printed press releases from that day?

Entrepreneurs should be putting a premium on original stories that are being written, not these automatic pick-ups.

I’ve also seen PR firms take credit for stories that were facilitated by me or someone else within the startup, even when they had nothing to do with it.

If you’d like me to do the math for you, they’re charging you $144,000 a year for a half-assed job that costs them maybe $50,000. Did you also know that those employees have other clients? So, even if they do get through to a reporter, their interest does not lie squarely with you. It’s kind of like a taxi driver who gets paid commission to bring a customer to several different places. Wouldn’t you like that taxi driver to have the singular purpose of delivering that customer to you?

Now, PR firms aren’t all bad, and PR is important. This brings me to my key recommendation. Hire an in-house PR specialist, manager, director, whatever you want to call this person. You can pay them much less than $144,000 a year, and get triple the value. Heck, if you hire a journalist (they’re losing their jobs everywhere you look), you could probably pay them $80,000 a year, have them working 60 hours a week alongside the rest of your team, doing much more than crafting the occasional press release and conducting a launch. They can work on the site’s overall message, the outbound emails to clients, a company blog (which builds organic SEO), business development, press contacts, and they can write those press releases – full-time!

If you do want to go with someone trained in PR, put out a listing for a PR Manager with several years experience. I’m sure you’ll have more than enough quality candidates coming from within several of the PR firms you’re considering anyway.

Don’t get me wrong; PR firms do some things really well. Their presentations are always beautiful and concise. And, as people, they’re always very presentable and well-spoken. Okay, okay, okay.  They also know how to coordinate a launch. Whether that’s a website or a product launch, they do it very succinctly and efficiently. They are excellent at scheduling briefings with journalists and getting everyone to agree to a certain embargo for maximum coverage. Still, you can accomplish this with someone in-house.

If you’re going to bring on a PR firm — against all my recommendations — make sure you insist on having one of the senior-level executives working directly with you and that all communication does not go through the recently-hired college grad. It also wouldn’t hurt to know that this executive came from the ranks of journalism (I’m biased! Sorry!).

For an additional test, during the pitch and courtship period, send them an email during non-office hours and see how quickly they respond. Too many times I’ve dealt with PR professionals who didn’t respond to emails for hours, sometimes days, which baffles me. If I had been a journalist on a deadline, an hour’s delay would’ve meant me finding another contact and writing the story without your company.

Remember one final thing: PR firms are like cell phone companies. Once they lock you into a contract, you’re not getting out of it unless you pay them a penalty, even if their service is spotty and you’re unsatisfied with their work. That doesn’t seem fair, does it?

[Editor’s note: Since publishing this story, we’ve had a number of people from the PR field contest its conclusions. Be sure to check out the rebuttal story — “Here we go again: 5 reasons hiring a PR firm is good business” by long-time PR exec Patrick Ward.]

Kevin Leu is a former television reporter and PR specialist who has worked with various venture-backed startups. He recently launched his own startup, GirlsOnAMap.com, which is a combination of Hot or Not and Tripadvisor that relies on user submitted content to provide travel advice for singles. You can follow him @SVBachelor.