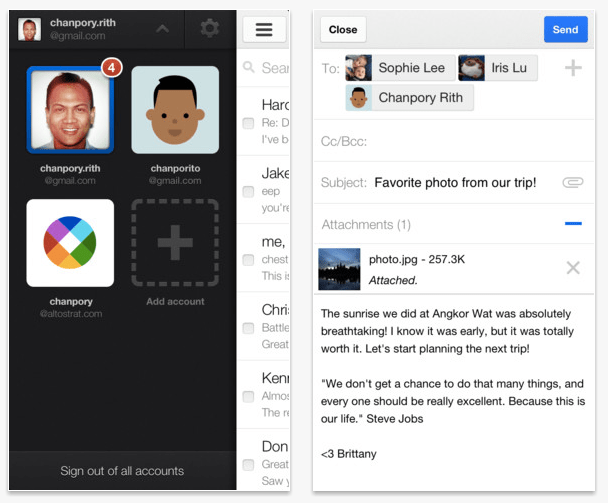 Gmail released a minor update for its official Gmail app for iPhones and iPads today.

The biggest change: When you click on a link for a YouTube video, Google map address, or a URL, the app will take you directly to the corresponding Google app: YouTube, Google Maps, or Chrome.

That will keep you in Google’s world for longer, even though you’re not using Google’s phone.

Previously, links in Gmail would open up a page within the Gmail app’s built-in browser.

It’s a clever workaround for a fact that Google must find very awkward: Unlike on Android, Apple won’t let app developers make their apps into the default handlers for certain kinds of actions. URLs always open up the built-in browser, Safari, unless app developers choose to embed a browser within their own app.

But, with the new Gmail, it appears that app developers can do a sort of workaround, by creating a “suite” of linked apps that work together as a self-contained ecosystem.

The new app is free, available now, and requires iOS 5.0 or later. It’s optimized for the iPhone 5 but also works on the iPod Touch and iPad.