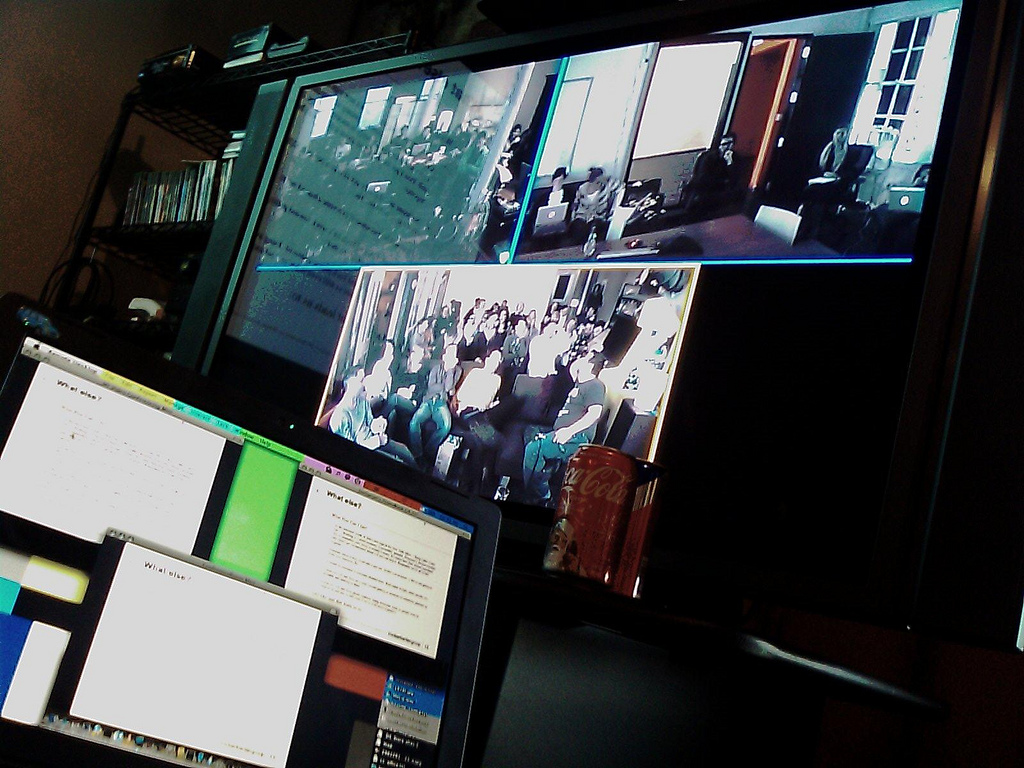 Blue Jeans unveiled a massive update to its standard pricing today, adding a new licensing model that offers companies unlimited “all you can meet” videoconferencing plans for as low as $10 per user, per month.

And, by the way, kicking some dirt at bitter rival Vidyo.

The company has been monitoring usage patterns on its existing payment plans — a minutes-based plan, a per-user plan, and a per-device plan — and is unveiling a new option Aaron thinks is the best one yet. It would appear that Blue Jeans customers agree — a hundred of them have been testing the new plan since November 2012, and they grew their usage of videoconferencing at ten times the rate of other Blue Jeans clients.

The new plan sees participating companies pay one annual fee, plus between $10-50 per month for active users — employees who use Blue Jeans videoconferencing at least once per month.

“It’s a site-license option,” Aaron says. “Everyone gets an account, everyone gets unlimited usage, for an attractive low annual fee. All employees have accounts, but you’re only paying for active users.”

The new pricing model will come in hand when competing with videoconferencing rival Vidyo, whose CEO recently called Blue Jeans out. Vidyo’s quarterly growth in billings was 68 percent, he said, while competitors were flat or down. And, he said, a five-person one-hour call on Blue Jeans costs as much as an all-inclusive, unlimited $30-a-month subscription to Vidyo.

Them’s fighting words, as the saying goes, and Blue Jeans accepted the challenge and knocked off the chip.

“That was not a correct statement,” Aaron told me. “Our customers are typically pay cents-per-minute or tens of dollars per month, and there’s no way anyone has an advantage over those price points.”

In addition, he said, Blue Jeans is growing fast, having reached the 50 million annual minute run rate — even assuming no further growth in 2013 — after just over a year in business. That means, Aaron says, that Blue Jeans is probably a quarter of the entire videoconferencing market.

The new plan seems to be a hit.

Not only are existing customers adopting the plan and increasing their use of videoconferencing, 25 percent of Blue Jeans new customers signed up in April were signed up on the all-you-can-meet plan.

That’s impressive, and given Blue Jeans’ ease of use and wide compatibility with a vast array of devices and software (including Cisco, Polycom, Lifesize, Microsoft Lync, Skype, Google Video, WebRTC Browser, and smart mobile devices), it portends well for the company’s future sales as well.

One small caveat before small businesses get too excited: To get the $10/user price point, you need over 10,000 users. Less, and you’ll be somewhere between $10 and $50.