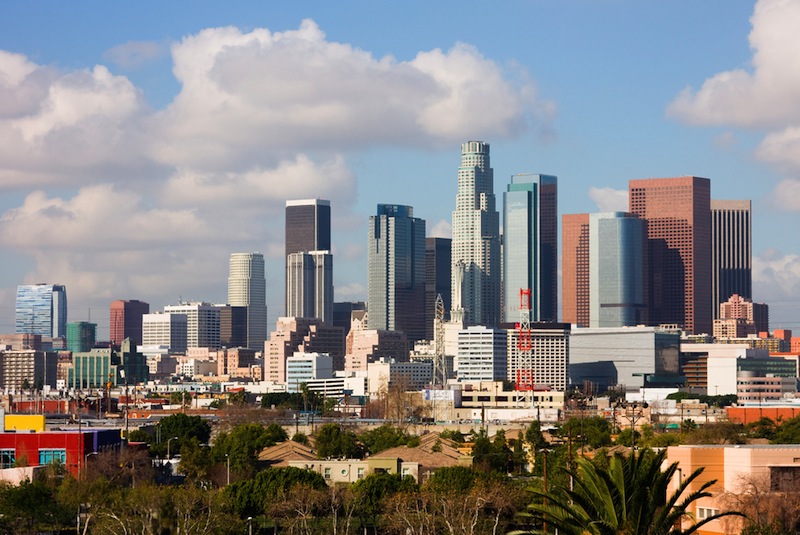 Remember 1999? Silicon Valley was overflowing with hundreds of millions in venture capital, thousands of dot-com business plans, and foosball tables up and down the San Francisco peninsula. I was about 3,000 miles away, incubating my own startup – a technology company designed to help democratize education by aggregating all of the training content littered across the Web – out of my one-bedroom apartment in Manhattan. At the time, I had zero customers, little funding, and only a group of friends and former colleagues committed to my idea.

Startups are tough, and one cold, rainy day the thought occurred to me that I should move somewhere less expensive (and warmer), since I could really start a company anywhere. But when I shared this idea, my colleagues and advisors said that I really only had two choices: either stay in New York, where they were, or head for Silicon Valley.

So I packed my bags for sunnier climates and headed west, with one minor adjustment: instead of finding a place near Palo Alto, I landed about 400 miles south, in a place better known for beautiful beaches and Hollywood than emerging technology companies. My belief was that LA would be a less expensive place to start a company than New York or Silicon Valley, and finding high-quality business services providers would be less competitive. But more importantly, I believed that a great technology company could not only survive but thrive outside of Silicon Valley.

It turns out to have been a great decision. It’s been almost 14 years, and we’ve been through the dot-com boom and bust, September 11, and the worst economic recession in a century – and I haven’t once considered moving our headquarters out of Santa Monica. We’ve grown from a seed of an idea into a global public company with more than 11 million users around the world, and I’ve got to credit Los Angeles, my neighborhood and my neighbors for much of our success.

Setting down roots in Silicon Beach, before anyone called it that

When I started in LA, nobody called it “Silicon Beach.” Today, LA’s once sleepy tech scene is on fire, with over 500 startups lining its shores and incubators popping up regularly to turn out hungry new entrepreneurs. It makes sense that LA would become the next hotbed of tech talent. Local universities graduate more engineers than anywhere else in America. We’ve got cheaper rents, better weather and more space than our neighbors to the north. And running a cloud company for the last decade has convinced me more than ever that location, in fact, isn’t everything. We may not have the same volume of investment or caliber of success stories as Silicon Valley, but give us some time.

If you are starting a company, there are challenges to turning your back on the obvious choice of location to put down roots in lesser-charted territory. Here are four suggestions on how to succeed outside the Valley:

1. Concentrate on building greatness, not your exit strategy

In the early days, right before the bubble burst, I had flown to San Francisco to meet with AOL after months of working on a deal with them to sponsor their Research & Learn Center. This would have been quite the coup for a bootstrapped business to land such a sought-after contract. At that point in time, AOL was king – they were the ones who decided who won and lost. I was sitting at their boardroom table after months of working on this deal, and they handed me the contract and walked out of the room. I had one hour to sign. AOL was famous for doing this at the time.

I was holding the prize in my hand, but something just didn’t feel right. I put down the pen and walked out. A couple months later, the bubble burst. Had I signed, it would have likely put the company out of business. Instead, I got back on the plane, headed home to LA and didn’t look back. It was one of the hardest decisions of my life at that point. Sometimes instincts play the most vital role that forces you to think about the big picture. We determined very early on that building a strong technology company wasn’t necessarily about how much money you had in the bank or a quick exit. The fact that we bootstrapped the company for the first seven years of existence continues to influence many decisions we make today.

2. Hire for potential, not experience

When I was first building my company more than a decade ago, there were no other enterprise software companies in Santa Monica. There were no other cloud computing companies. We had to teach everyone we hired how to do it. We had to build it ourselves. So we hired for potential instead of prior experience. This forced us to think extremely carefully about our hiring decisions and invest early in folks who had the drive and the long-term vision to get us where we wanted to go.

If you’re not in Silicon Valley or New York, you likely won’t have the same abundance of skills and experience at your disposal. It’s just a question of resources. You’ve either got to scour the local talent landscape for people that have the right attributes or potential for the job, if not the exact experience, or you’ve got to broaden your search and offer the right incentives to folks in other markets who do have the skills to pick up and move.

3. Put yourself out there

It seemed like everyone around me worked in entertainment, so I made a concerted effort to meet other people dealing in tech. It was critical to find people who understood the issues I faced and the decisions that had to be made. Make sure you proactively network in your community and beyond to understand the competition, the landscape and new developments on the horizon. In the Valley, there’s a lot of osmosis going on, and everybody seems to be in the know, so you have to work harder to make those connections elsewhere.

On the flip side, there’s less competition and you’re in a smaller community, so it’s easier to get to know your neighbors better and become an influencer.

4. Surround yourself with the best

One huge challenge when getting started was raising money. Ten years ago, there was extreme resistance for Silicon Valley VCs to invest in LA. At the end of the day, they’d have to get on a plane to attend a board meeting instead of driving down the street. And there are plenty of opportunities to invest right down the street. The bar is set much higher when trying to attract those top investors. Which is why it pays to fight for those big names.

Picking your partners and service providers wisely is essential, because they’re going to become your advisors. Set your bar high and don’t settle for less. It’ll be a struggle for sure, but it’ll make you stronger in the long run.

Adam Miller is the founder and CEO of Cornerstone OnDemand, a leading provider of cloud-based talent management solutions. Since starting the company in 1999, Miller has led Cornerstone through over 13 years of consecutive growth and a successful IPO in 2011. Today, it is one of the world’s fastest growing publicly traded SaaS companies, with over 11 million users. In 2011, Miller was honored as an Ernst & Young Entrepreneur of the Year award winner. Miller has a JD from the UCLA School of Law, a MBA from the Anderson School of Business, a BS from the Wharton School, and a BA from the University of Pennsylvania.