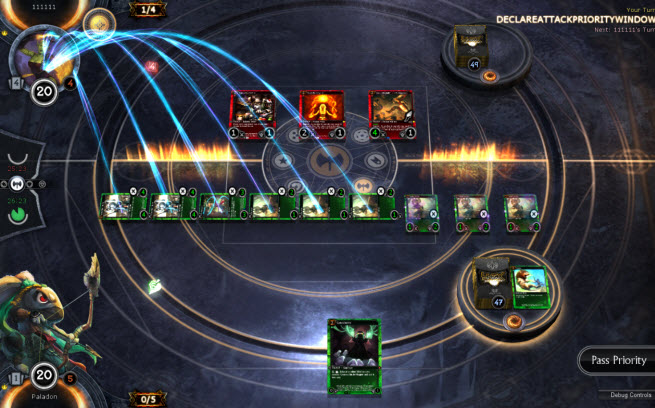 Cryptozoic Entertainment has started a Kickstarter campaign to get fans to fund its fantasy card game, Hex: Shards of Fate. 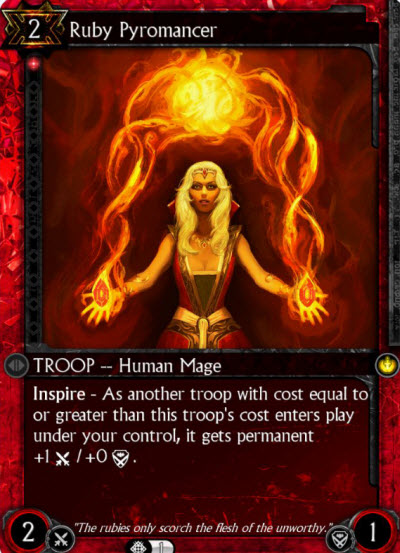 The Irvine, Calif.-based company describes Hex as the world’s first massively multiplayer online trading card game. The company has experience at making card games — it made the World of Warcraft trading card game along with a number of others — but it needs money for the “final polish” of its Hex title.

Cryptozoic has created a tiered system of rewards for project backers.

“Since our company was formed to translate the world’s most popular MMO into a trading card game, it only makes sense that our next major project would be combining the worlds of collectible card and massively multiplayer games,” said Cory Jones, the president and chief creative officer, Cryptozoic Entertainment. “Hex: Shards of Fate is an ambitious project that goes beyond either of the genres and Cryptozoic has the right mix of video game and [card game] vets to bring it to life.”

A leading publisher of physical games, Cryptozoic intended Hex from the start as a digital card trading game. It combines collectible cards and strategic game play of the trading card genre with the community and storytelling of an online role-playing game.

Players will make their way through the dynamic MMO world. It will feature champions, dungeons, raids, and “epic gear.” Players can find cards within the world through combat, or buy them in 15-card booster packs. In-game avatars, or digital characters, can level up across a range of stats. Each card has a “double back,” which reveals digital challenges and achievements for that card. You can also add gems to socketed slots that can change how the card plays. This enables players to modify their collection to suit their play style, with a huge number of potential results.

Kickstarter contributors can get beta invites for early access to the game. The title has been in development for more than two years. Cryptozoic wants launch its beta test in the late summer, with player versus player gameplay, tournaments, and the first set of collectible booster packs. It will also have single player arena battles and character modifications. By late fall, the company will release Hex, including player versus environment dungeons with epic bosses, hundreds of booster pack cards, and extensive customization.

Besides the World of Warcraft Trading Card Game, Cryptozoic also made Food Fight and The Walking Dead Board game. Cryptozoic was founded in 2010.