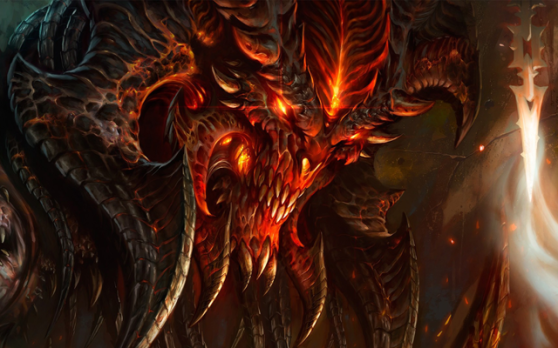 Updated at 5:10 p.m. with new details about the exploit, an update on the auction houses, and a response from Blizzard.

Blizzard rolled out the latest patch for action-role-playing game Diablo III yesterday, but the update has created a serious glitch that has caused players to unfairly reap massive amounts of gold through the auction house. To curb the issue, the developer has shut down both the gold and real-money houses for maintenance.

Patch 1.0.8, which implemented a number of different game changes and bug fixes, spawned a gold duplication bug that Blizzard caught on to hours after its release. The company took both auction houses — controversial additions to Diablo III when it launched last year in May — offline to help “troubleshoot [the problem] in a more stable environment while preventing further exploiting,” wrote community manager “Lylirra” in the game’s official forums. Blizzard was unable to provide an estimation on when they would return, but it has since instituted a fix, and testing is now complete.

Another community manager responded to the following image of a 371 trillion gold dupe, where “a user saw fit to greatly exaggerate a screenshot by creating a photo-edited image. It’s important to call this out because some players may believe this image to be real, when it truly isn’t.”

The company told GamesBeat in a statement this evening, “The auction house services will be restored as soon as the situation is resolved. As always, maintaining a stable, safe, and fun gaming experience for legitimate players is a top priority for us, and we’ll continue to monitor activity on Battle.net and take action as needed.”

Blizzard said on its forums that it would review suspected accounts and respond appropriately, pointing to its policies on related issues, which clearly state that bugs that “provide an unfair advantage to certain players or negatively affect the game itself” are subject to penalty. That includes a verbal warning, temporary suspension, or complete account closure. Reports indicate that Blizzard has banned guilty players and refunded real-money spending, according to Gamasutra.

It has also reduced the stack size for gold in the real-money auction house from 10 million back to 1 million — an upgrade in Patch 1.0.8 — until it can squash the bug preventing stacks from displaying correctly. This particular patch note was apparently the source of the problem. Reddit user TyroPyro speculates that Blizzard’s “[real-money auction house] gold-selling code wasn’t written to handle numbers over 2,147,483,648 properly, and the result was duplicate gold being added to people’s stashes. … I think it was coded at the last minute and not really tested.”

Blizzard has also decided not to roll back the servers, which is a move that may not sit well with some players.

“We feel that this is the best course of action given the nature of the dupe, how relatively few players used it, and the fact that its effects were fairly limited within the region,” Lylirra said in the forums. “We’ve been able to successfully identify players who duplicated gold by using this specific bug, and are focusing on these accounts to make corrections.”

Lylirra added, “While this is a time-consuming and very detailed process, we believe it’s the most appropriate choice given the circumstances. We know that some of you may disagree, but we feel that performing a full roll back would impact the community in an even greater way, as it would require significant downtime as well as revert the progress legitimate players have made since patch 1.0.8 was released this morning.”

The auction house system emerged as a way to monetize the game and prevent the creation of external economies. Jay Wilson, who stepped down from his position as lead game designer on Diablo III in January, has criticized the feature, saying they “really hurt the game” and that “we would turn it off if we could.”

In a new forum update, Blizzard has announced the auction houses will stay offline until tomorrow morning around 10:00 a.m. PDT. Gold trades are still disabled until further notice.