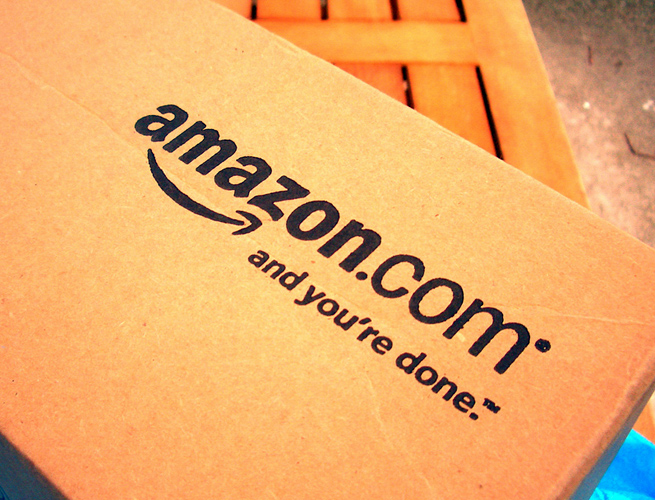 Take a deep breath, hold on to your hat, and take a seat: Amazon is building a smartphone.

But this one has a 3D screen.

The Wall Street Journal says that Amazon is building at least two smartphones, including a high-end model with 3D graphics and retina-tracking technology so that users can navigate content by “using just their eyes.” Plus an audio-only “streaming content device.”

Amazon is almost certainly working on a smartphone and almost certainly planning to release it in 2013. There’s just too much smoke for there not to be fire. And having made its bet on digital content being the growth engine of the company’s future success — 12 of the 15 highlights in Amazon’s recent earnings release were about digital content — a smartphone that makes use of Amazon’s recently expanded app store and burgeoning virtual shelves of ebooks, TV shows, movies, and all other forms of digital content makes way too much sense.

But a couple grains of salt.

Amazon hasn’t made its bones in the tablet market by offering the absolutely latest and greatest technology but by presenting a solid product at a rock-bottom price. So I’m a little skeptical about all the wild 3D speculation — especially because that could be a sweet datapoint plant for the company to identify leak sources. And, in reality, a company the size of Amazon, like Apple, is working on many different projects at any given time. Some of them will come to market, and some of them won’t.

One company that can’t be happy about Amazon impending smartphone plans, however, has to be Google. Amazon has essentially hijacked Android for its Kindle offerings, taking the open-source mobile operating system that Google has developed, stripping out the Google app store, Google apps, and Google branding, and replacing them with its own offerings. Amazon will doubtless adopt the exact same strategy with any smartphone play — as Samsung might as well.

And, given the fact that Kindle is probably the leading Android-based tablet, it has the potential to do well in smartphones as well.

Of course, incumbent leader in Android sales Samsung might have a thing or two to say about that.