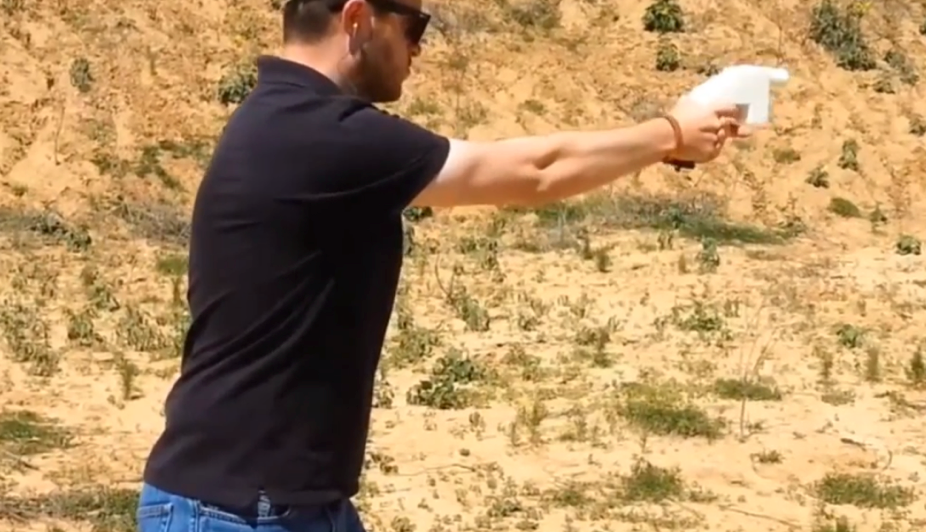 Defense Distributed founder Cody Wilson is notorious online for his support of making 3D-printed firearms available to anyone, and on Monday he released blueprints online of the the first 3D-printed gun. He calls it the “Liberator.”

The Liberator’s blueprints were downloaded more than 100,000 downloads in its first two days they were available. But the U.S. government didn’t stand still long, and Wilson received a letter from the State Department’s Office of Defense Trade Compliance telling him to take down the files. The government says it plans to “review” the files.

The landing page where one could previously download the Liberator now reads:

This file has been removed from public access at the request of the US Department of Defense Trade Controls. Until further notice, the United States government claims control of the information.

But here’s the thing — just because Defense Distributed has taken the files down from the page doesn’t mean they’re actually going away. Even if the government doesn’t grant permission for Defense Distributed to repost the files, they are readily available as torrents and can still be downloaded easily with no hassle. Anyone can still use these files to print a plastic gun, and there isn’t much that can be done about that.

“I still think we win in the end,” Wilson told Betabeat today. “Because the files are all over the Internet, the Pirate Bay has it — to think this can be stopped in any meaningful way is to misunderstand what the future of distributive technologies is about.”

Check out the full cease-and-desist letter from the State Department below.