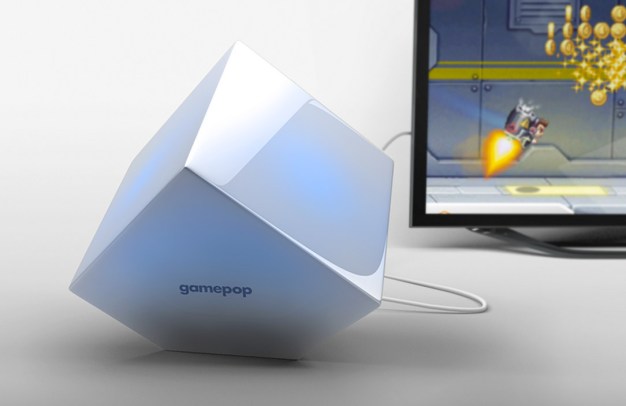 Watch out, Ouya, a new challenger has entered the ring to bring mobile games to TV screens.

BlueStacks, which made a name for itself by bringing Android apps to desktop computers, today announced a new subscription service for mobile games called Gamepop.

For $6.99 a month, the service will give you access to 500 popular Android gaming titles on your television through a custom game console (which looks a lot like Boxee’s old set-top box). BlueStacks is also offering the Gamepop console and controller for free if you pre-order this month.

The notion of bringing Android games to the big screen is hot right now, thanks to Kickstarter darlings like Ouya and GameStick. But it’s still unclear if this will actually be a big gaming market — Ouya’s initial release has disappointed many hopeful fans, and there aren’t many mobile titles that can take on traditional console games yet (although they can certainly be just as addictive) .

But according to BlueStacks CEO Rosen Sharma, the company has grander ambitions for Gamepop than simply bringing Android games to your TV screen.

“This is like Netflix for gaming — offering it across all devices is a big deal for us,” he said in an interview with VentureBeat. “You can envision from our past that it may show up on other devices. That’s how we view the space.”

BlueStacks has partnered with prominent mobile gaming developers like Glu Mobile and Halfbrick for the service. It’s also simple for new developers to join up — all they need is a game on Google Play, Sharma tells me. BlueStacks shares its subscription revenue with the developers (depending on how much their games were accessed), and it also lets developers keep all in-app purchases made through Gamepop.

The company was particularly inspired by Japanese carrier KDDI’s subscription mobile app service Au Smart Pass, which gives customers access to hundreds of popular paid apps for just a few bucks a month. In just one year, that service managed to bring in $250 million in revenue for KDDI.

BlueStacks has been working on Gamepop for the past year, Sharma tells me, and it plans to launch the service this winter. The company just announced that its namesake desktop player for Android apps has reached 10 million users.