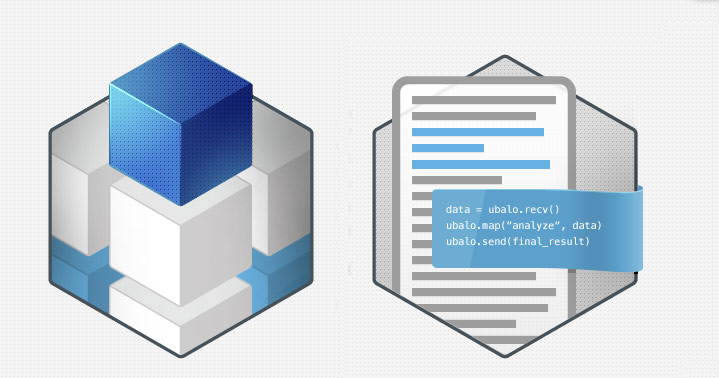 Twitter just acquired a small startup with a large vision.

Ubalo announced the acquisition on its website, saying that the company was founded to focus on making large-scale computing easier and that after fruitful collaborations with Twitter’s infrastructure team, the two agreed to come together.

The startup was working on simple ways of scaling code beyond single machines. Using the Ubalo infrastructure, developers could write code for multiple machines with no additional overhead, using the same tools, languages, and libraries that they would ordinarily use for single-computers applications. Case studies that the team published include reducing image processing tasks from eight hours to five minutes using 100 processor cores on Amazon S3 and using Ubalo to generate 8GBs of data by drawing one billion samples from a set of data and computing sample averages, all in just .7 seconds.

Ubalo achieved this by creating modular “pods” that run calculations in replicatable environs you set up once and can run anywhere as well as APIs and messaging protocols to keep all the calculations in sync, and data management techniques to access, manage, and store gigabyte-sized data files.

The startup’s name, Ubalo, means “counting,” according to the site, and it had just four employees including the founders.

We’ve got some exciting news: The Ubalo team is joining Twitter. In early 2011, we started Ubalo to make large-scale computing easier and more accessible to a technical audience, and we’ve had a great time working with our partners and customers on a number of interesting products. When we met the infrastructure folks at Twitter, we realized that it’s a company with brilliant people, strong momentum, exciting challenges and a promising future. We quickly became enthusiastic about the possibility of collaborating with them and the impact we could have there.

A few days ago, Twitter agreed to acquire our technology and we agreed to join their staff. We look forward to working with Twitter in the years to come.

Thanks for your support and interest in Ubalo!

Twitter, of course, can always use top-notch expertise on its infrastructure teams. The company’s days of fail-whale adventures seem to be in the past, but with a continuously growing network of users and new services like Twitter #Music, among others, there’s a strong need for ongoing talent acquisition.

Ubalo was based in Palo Alto, Calif., and was funded by Harrison Metal.