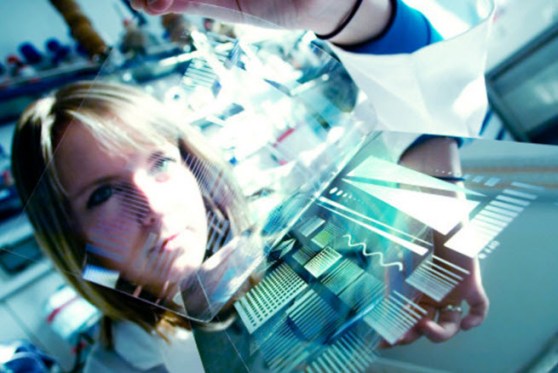 How much does it cost to fund the development of a chip? A few years ago the answer to this question would have been many tens, and probably hundreds of millions of dollars. But things are changing.

In recent years the chip industry has gone through one of the biggest booms and busts in its history. And VCs appear to have stopped backing chip startups. I work for a PR agency specializing in electronics, and we’re seeing a new trend that might change this.

As noted in VentureBeat, the global chip industry is the bedrock of the $1 trillion electronics industry. Its pace of innovation is punishing, with new chip factories costing as much as $4 billion to build now. Every two years, chip makers have to invent entirely new processes to keep the lights turned on, and chip designers have to create high-demand chips to keep the factories filled. Moore’s Law, the prediction by Intel chairman emeritus Gordon Moore that the number of transistors on a chip will double every two years, demands continuous breakthroughs. Startups are the ones that either come up with the breakthroughs or exploit them.

Just a few years ago chip startups could command seemingly countless millions to develop a chip with the belief from VCs that they were a relatively safe bet.

Recent years, however, have seen a string of high profile chip startups collapsing, being sold at a loss or being sold with returns that would have been matched by a high-street bank savings account.

One of the most high-profile examples is Picochip, a femtocell baseband chip developer that raised an estimated $100 million in VC funding … and then sold to Mindspeed for just $27.5 million. Admittedly, this isn’t the complete picture as the deal also included 15 percent of Mindspeed’s stock and a $25 million performance-related bonus; but even if the the stock held its value and the bonus targets were hit, it would still be a $20 million loss.

Time for a quick exit? Actually, no

1) There appear to be far fewer startups that get funding -– hardly surprising.

2) Among those that do get backing, there is a new mindset to become more thrifty

The result of this second trend can only be a good thing for investors, delivering a strong profit for backers with far less risk.

There are several examples of this new class of chip startups both here in the UK and around the world.

Here in the UK, one of the best examples comes from wireless specialist BluWireless. The company is among the first to develop a 60GHz chip for the next generation of WiFi (802.11ad), which delivers multi-gigabit speeds and a low cost backhaul for 4G metrocells.

The company has won several awards for innovation, and its target markets are predicted to be worth over $5 billion per annum by 2018.

The company has developed this technology on less than $3 million from VCs and customers and is due to go to mass production in 2015.

In the U.S., the Austin, Texas-based startup Black Sand has also developed impressive technology for a relatively limited funding, this time mobile phone 3G amplifier chips. The company has created the first RF amplifiers to use CMOS, which allows Black Sand’s products to deliver better performance, battery life, and call quality than existing chips, and allows the chips to be manufactured more cheaply with greater manufacturing yields.

The firm has created 3 families of chips, each with multiple variants to cater for the vast array of 3G standards deployed around the world. And its chips are already in mass-market consumer devices.

Black Sand completed the development of its first chips on just $8.2 million.

These companies are certainly not alone, and a quick conversation with John Moor of the NMI, the U.K.’s electronics trade organization, added EoSemi, Cascoda, Apical, Audium (bought by NXT), Gnodal, Phyworks (bought by Maxim), and Nanotech (bought by Gennum) as further, recent U.K. examples of this trend.

The bubble may have burst for the chip design space, but the emerging trend for lower costs within this sector is reducing the risk, can this trend tempt investors back?