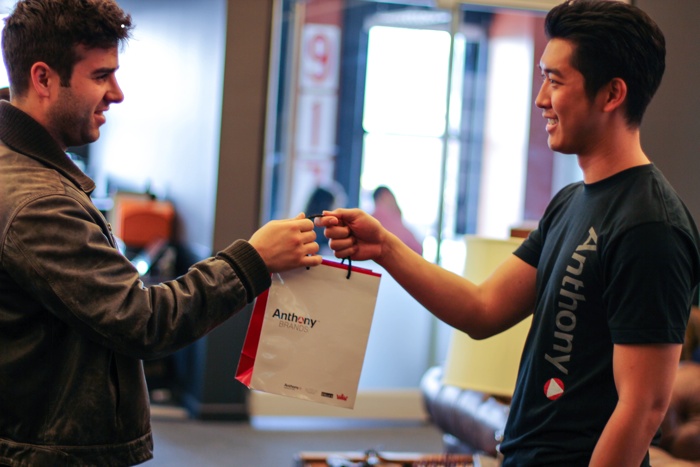 WunWun’s helpers can do almost anything for you in Manhattan, like snag a cupcake from your favorite bakery, recommend a great jazz bar in Soho, and even wait for the cable guy in your apartment. Now businesses have a way to take advantage of WunWun’s army of helpers for deliveries.

The New York City-based company is today launching Power, a platform for on-demand deliveries for stores that don’t yet offer any delivery service. Stores can also use Power for branded deliveries, giving customers more of a luxury delivery experience.

“[Power] kind of happened naturally, we built WunWun and sent helpers to these stores — even the people who worked there asked us to do their own deliveries,” said Lee Hnetinka, WunWun cofounder and chief executive, in an interview with VentureBeat.

WunWun (which stands for “What you need, when you need”) is kicking off Power’s branded delivery experience with the boutique men’s style retailer Anthony Brands. Online orders made between 9 a.m. and 3 p.m. will be delivered that same day by a WunWun worker in Anthony clothing.

After launching its beta in January, WunWun has carved out a place for itself among Manhattanites. While the company isn’t revealing any specific user figures yet, it’s won endorsements from celebrities like Rosie O’Donnell (who apparently needed a juicer ASAP) and has gathered a surprising array of repeat customers. WunWun charges just $15 for deliveries and $2 for every 5 minutes worth of other services.

According to Hnetinka, one person uses WunWun simply to get coffee delivered every day, while another user requests help daily to move furniture at an event space.

WunWun competes with the likes of TaskRabbit, Postmates, and Exec, but Hnetinka sees his company differently from each of those. “We are not a task service or an errand service, we’re making things on demand,” he said. With the launch of Power, the company will be able to further differentiate itself from the competition.