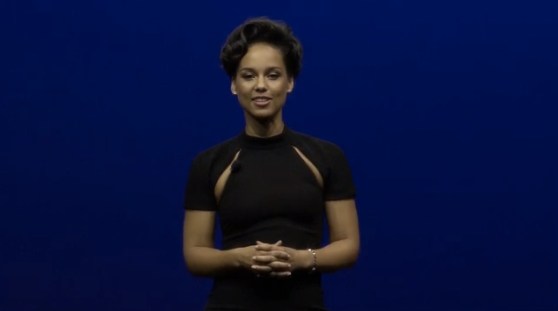 Yup, you still live in a world where singer Alicia Keys works for BlackBerry.

On stage at today’s BlackBerry Live conference, Keys, the company’s Global Creative Director, announced the BlackBerry Scholars Program, a four-year scholarship that’ll be available to outstanding female students around the world. Applicants will also need to be focusing on specific science and technology curriculums to receive the scholarship.

She pointed out some startling disparities between men and women in the technology industry: Even though more women earn college degrees than men, only 5 percent of women lead startups, 56 percent leave the technology industry after entering it, and women make up only 11 percent of Fortune 500 CEOs. While the BlackBerry scholarship won’t immediately fix these systemic problems, it’s an effort to level the playing field a bit.

“This is more than just a scholarship, this is the beginning of a powerful network of women,” Keys said.