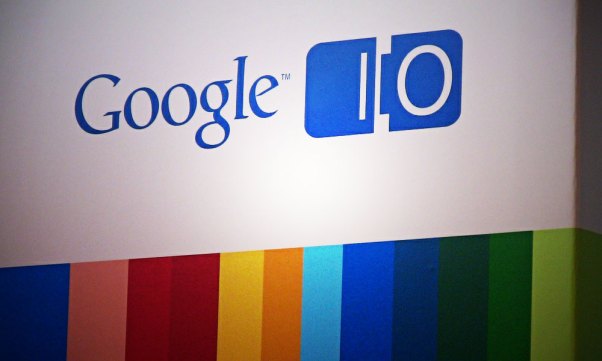 If you’re looking forward to tons of new gadgets and big product news at this year’s Google I/O developer conference, you may have to adjust your expectations. But that could actually end up being a very good thing for Google.

The company’s new Android head, Sundar Pichai, said in an interview with Wired yesterday that there won’t be many new products shown off at I/O. That means no new version of the Android OS, and no new gadgets like the failed Nexus Q.

“Both on Android and Chrome, we’re going to focus this I/O on all of the kinds of things we’re doing for developers, so that they can write better things,” he said. “We will show how Google services are doing amazing things on top of these two platforms.”

While it may be disappointing for some, the focus away from big product blowouts at I/O may actually be better for Google in the long run.

If anything, last year’s blockbuster I/O showing was an anomaly for Google — and when it came to setting expectations for future events, it probably hurt the company more than it helped. While that insane live Google Glass skydive was indeed amazing, the company also wasted plenty of time, energy, and goodwill on the Nexus Q, a baffling product that Google (wisely) never released.

Ultimately, it felt like Google was trying desperately to out-Apple Apple with last year’s keynote. Perhaps this year, it won’t feel the need to try so darn hard.

There’s plenty of time for Google to host big media events. At I/O, the company would be better off selling the gospel of its services to the thousands of excited developers in attendance. In particular, Google needs to convince developers to prioritize Android more (most devs focus on iOS apps first) and to build more Google+ apps.

Apple may be taking a similar approach this year with its own developer conference (which sold out in just two minutes). Apple CEO Tim Cook noted that there won’t be any new hardware announcements at WWDC this year.

Here are a few things we expect to see at I/O this year, as well as several things we predict won’t show up.

Sundar Pichai got everyone thinking about Android again with Monday’s interview, and you can tell he was setting up the pieces for what Google will tackle during this week’s I/O keynote.

Pichai dismissed talk of combining Android and Chrome OS, but when it comes to Android’s biggest challenge, he noted an interesting dilemma: “Without changing the open nature of Android, how do we help improve the whole world’s end-user experience?”

It sounds like he’s trying to figure out new ways to move Android’s design forward without leaving behind too many Android devices. Android is already heavily fragmented — one quick glimpse at Google’s Android platform tracker shows almost half of the devices out there aren’t yet running Android 4.0 — so Pichai is probably worried about making that situation worse.

Google’s inexpensive Nexus 7 tablet was by far the most significant announcement made at last year’s I/O conference. It didn’t have the flash of a giant skydiving sequence — but then it didn’t need it. The prospect of an inexpensive and powerful Android tablet was more than enough to prove its worth. The Nexus 7 proved a cheap tablet didn’t have to feel cheap, and it ultimately went on to become one of the most successful Android tablets.

This year, expect Google to show off a newer Nexus 7 that’s faster, thinner, and perhaps even cheaper. We’ve seen rumors circulating about such a revamp, and it makes sense for Google to announce a new Nexus 7 now. Just imagine the attention a $150 revamaped Nexus 7 would get. (And even better, imagine if Google could continue selling the existing model for just $100 or less.)

The Nexus 4 debuted last fall, so it’s way too soon for Google to show off yet another Nexus device. I won’t rule out an LTE Nexus 4, though — the lack of LTE was my biggest gripe in my review of the Nexus 4, and by this point Google may have managed to score LTE support with carriers.

There’s also word that Google-owned Motorola is working on some killer smartphones for this year, which could end up overshadowing whatever new Nexus is in the works. Don’t expect those Motorola devices at I/O either — if they’re as interesting as we’re hearing, they’ll get their own blowout media event in a few months.