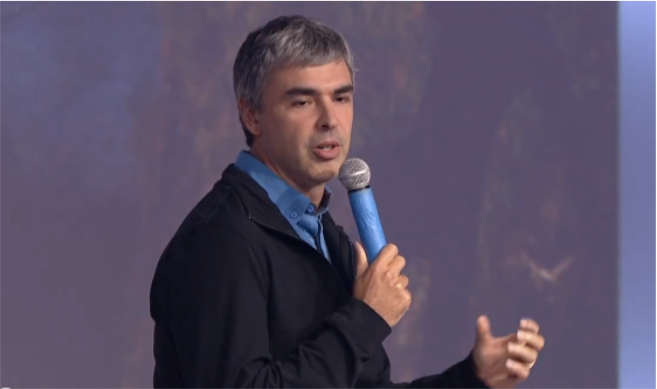 Google CEO Larry Page shared today on his Google+ page that he has funded a research project for the Voice Health Institute, mostly due to the journey he’s undergone over the last 14 years in losing first one, and then a second vocal cord to paralysis.

But, he adds, Google co-founder Sergei Brin tells him he’s a better CEO because he says less.

Both injuries resulted in vocal issues — the first in a slightly weaker voice than normal, and the second with even more impact — but Page says he’s been able to recover, at least partially:

Thankfully, after some initial recovery I’m fully able to do all I need to at home and at work, though my voice is softer than before. And giving long monologues is more tedious for me and probably the audience.  But overall over the last year there has been some improvement with people telling me they think I sound better.

But Page, who says he’s actually feeling quite lucky overall, also says that having paralyzed vocal cords may have made him a better CEO. Why? As co-founder Brin told him, Page is forced to choose his words more carefully … which probably gives him the time to think through what he wants to say before saying it, and also reduces the number of occasions in which thoughtless words cause damage.

As a result of these challenges, Page came into contact with a Harvard doctor, Steven Zeitels, who is leading a research project on vocal cord paralysis. The problem is relatively rare, he says, and there’s not enough information currently to help doctors learn more about it, and to treat it.

The project is starting with a patient survey to “gather information about the prevalence and extent of vocal paralysis and paresis” from people who have similar problems.

Page’s journey surfaces the question: would every CEO be better by saying less?