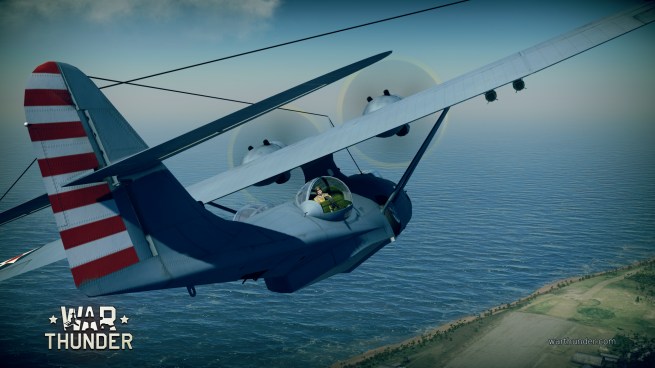 Sony revealed its next-gen PlayStation 4 in February. At that time, it showed off games like Killzone: Shadow Fall, Infamous: Second Son, and Knack. Since then, the gaming giant has gone stealth in preparation for the Electronic Entertainment Expo trade show in June.

But this isn’t stopping smaller developers from making announcements of their own.

Today, Gaijin Entertainment revealed that its next-gen massively multiplayer online military game War Thunder will debut on PlayStation 4 this holiday. War Thunder is an aerial-combat game that’s currently in open beta on PC. It pits teams of pilots against one another in a chaotic Dogfight mode and against swarms of enemies in tanks on the ground and manning battleships at sea.

“We’re convinced that our cooperation with Sony will not only make the War Thunder franchise better, but it will give our fans a new level of gaming experience that will figuratively blow their mind,” Gaijin Entertainment creative director Kirill Yudintsev said in a statement. “Partnering with Sony Computer Entertainment is the most natural progression for the War Thunder brand, from our hugely successful beginnings on PC with more than 1.5 million players, to our recent announcement that War Thunder is under development for mobile devices. We are excited to bring War Thunder to the leading next-generation platform, the PS4.”

Gaijin plans to take full advantage of Sony’s hardware for the PS4 version of War Thunder.

On PC, War Thunder is a free-to-play title, but the developer isn’t revealing its pricing strategy for the PS4 installment. We’ve asked the company to elaborate on its business strategy and will update this post with its response.

Take a look at the game in action for the PC: