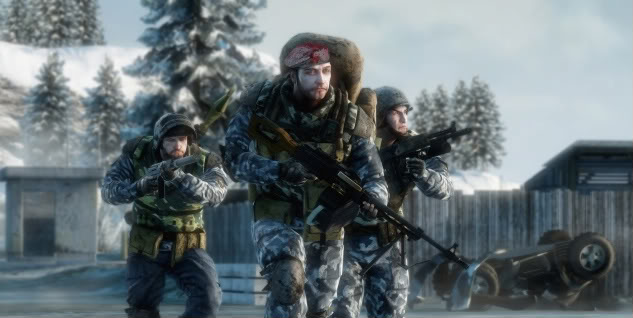 Electronic Arts is the exclusive home of triple-A Star Wars games. When it announced that deal, the company immediately put some of its top studios, DICE and Visceral Games, on to projects related to the galaxy far, far away. That means those studios might not have the resources to maintain their existing franchises, so EA is opening a new development office to carry some of that weight.

Electronic Arts revealed to GamesBeat today that it is opening DICE L.A. in California. This new studio will work on the Battlefield franchise and a new, unannounced project. Naturally, it will produce all of its games using DICE’s proprietary Frostbite 3 engine.

EA also confirmed that DICE L.A. has some former members of the Danger Close studio that developed the most recent Medal of Honor games. That first-person military franchise is currently on ice while EA focuses on more profitable properties.

“Los Angeles is home to world-class talent in key development areas,” said the EA spokesperson. “Our goal is to start hiring immediately. Studio manager Fred Loving is focused on assembling a hand-selected team of the industry’s top talent.”

EA has seven new jobs listed on its website for DICE L.A. that include world artist, level designer, and gameplay engineer. Check out the full list of openings here.

With DICE L.A. taking over at least a portion of the Battlefield franchise, it’s clear that EA wants its most proven teams handling the Star Wars license.