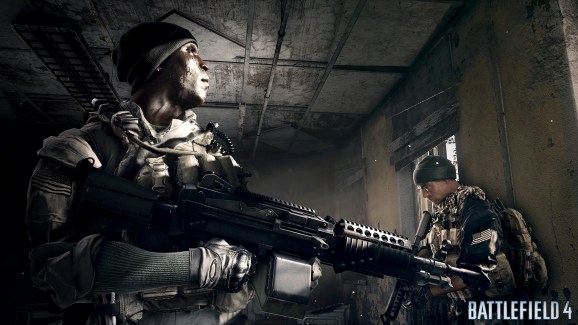 Characters from Battlefield 4. Irish and Pac.

The engine that powers Battlefield and Need for Speed is coming to “all major mobile platforms” in the form of Frostbite Go, according to Electronic Arts’ (EA) Frostbite website.

The announcement is an indicator of EA’s increasing commitment to mobile platforms, so expect more of its games on your iPhone and Android devices. The Frostbite engine also means improved graphics and performance for mobile devices, according to The Unofficial Apple Weblog. This may also be a benefit to developers familiar with the Frostbite workflow. Rather than adapt to a new engine, the teams can work within an environment they are familiar with.

The announcement doesn’t make it clear if Frostbite Go will come to Windows Mobile and BlackBerry. GamesBeat has reached out to EA for specifics on what “major” mobile platforms entails as well as any word on possible launch games.

Electronic Arts does not license the engine, so all Frostbite games come from its internal developers.

EA isn’t the only developer pushing for console-grade graphics and engines on mobile. Back in March, we learned that Epic Games is adapting its Unreal Engine 4 for portable devices.