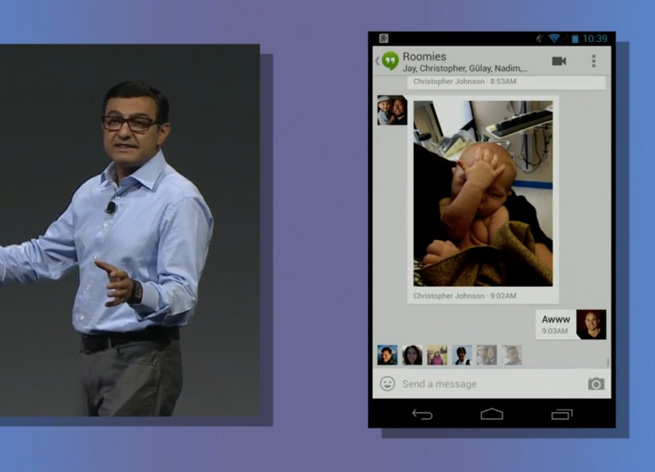 Hangouts, the free multiperson video chat and messaging service inside Google+, has been broken out into its own standalone applications for iOS, Android, and Chrome.

“Technology can just go away and people can focus on what makes them happiest, just hanging out.” Google SVP Vic Gundotra said today at Google I/O.

No matter which app you use to access Hangouts, you’ll have access to a list of conversations that it backs up in the cloud. You’ll be able to message people even if they aren’t online.

The Hangout apps for iOS, Android, and Chrome will be available today.