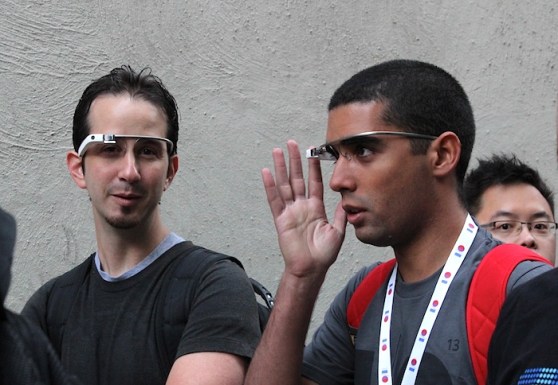 Google Glass will likely be immensely useful for doctors, field workers, and other service providers. But for ordinary people, it’s disorienting and nerdy.

But that hasn’t stopped developers from responding to Google’s request to build applications for Glass. Owners of the device now have a nifty news aggregation app dubbed “Thirst Droplet,” released today by Thirst Labs.

Thirst believes the investment in Glass was worthwhile and will help it reach “Generation C” (the “C” stands for “connected.”) Either way, it reportedly only spent around three days developing features for the app.

Thirst has already unveiled its Android and iPhone apps for personalizing and curating the news. Follow topics on a mobile device and the web, and Glass will send a push notification when it’s trending on social media. Hundreds of thousands of topics — such as “Oprah Winfrey,” “49ers,” or “Google” — are currently available for you to follow.

The Glass app takes the news experience step further, giving you the opportunity to listen to an entire article. You can also flag an article for future reading and email it to yourself straight from Glass. You can also “like” or “dislike” a story.

Thirst has differentiated itself from other news readers with its language processing tools. Rather than asking readers to discover news, the it automatically finds and presents the most relevant content in what Thirst says is an engaging way. The company tracks millions of data sources — blogs, social media, and so on — to determine whether news is trending.

Don’t miss the explanatory video below to see how the app works. 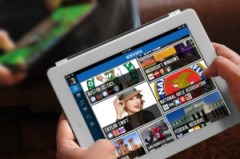 Above: The Thirst news app for iPad

“Under the hood, you don’t read the same feeds as Google Reader. We find the topics relevant to you,” CEO Anuj Verma said in a recent interview with VentureBeat (pictured above), hitting on how Thirst differs from competing news apps like Flipboard and Pulse. “You don’t really have to hunt for the content.”

Similarly to news aggregation app Pulse, which LinkedIn recently acquired, Thirst Labs was formed by college friends. The founders are a pair of University of Berkeley, California grads who share a passion for UI, UX, and developing algorithms.