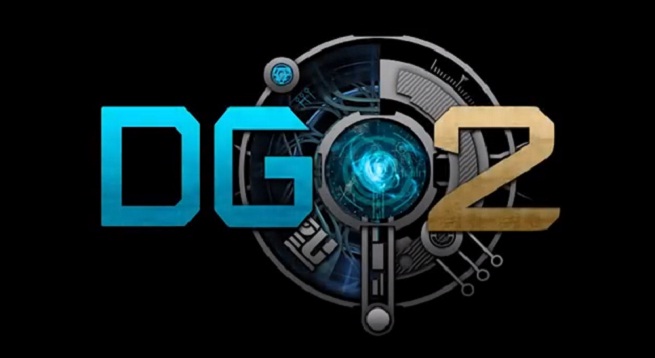 Hidden Path Entertainment has found an angel investor to fund the final step of development for Defense Grid 2, the sequel to a popular tower-defense game.

Last year, Bellevue, Wash.-based developer Hidden Path managed to raised $271,726 from more than 6,000 donors for a Kickstarter crowdfunding campaign. But the money didn’t fully fund the cost of final development. GamesBeat has learned that Steven Dengler, the chief executive of foreign exchange website XE.com and a successful entrepreneur, decided to invest the remaining funds that Hidden Path needs in order to polish the game, where players must defend military bases from waves of attacking aliens by positioning weapons in towers.

Jeff Pobst, the chief executive of Hidden Path, kept Dengler’s identity as a “mystery investor” secret until now. Dengler, it turns out, is a serial supporter of video game crowdfunding campaigns on Kickstarter. Through his investment firm Dracogen, he has done a lot of game financing on a per-project basis.

That includes two three-game deals with Double Fine Productions. In doing so, he hopes to inspire other well-to-do investors to put more money into games. He also pledged more than $10,000 for the top-tier Kickstarter reward for the successful crowdfunding campaign for Torment: Tides of Numenera, the newest title from InXile’s Brian Fargo. And he backed the Kickstarters for Project Eternity, Wasteland 2, and the Veronica Mars movie.

He has also been the executive producer of a number of web-based video shows, including “Fallout: Nuka Break,” “Star Trek Continues,” “The Jeff Lewis 5-Minute Comedy Hour,” Sandeep Parikh’s “Save the Supers,” and Teal Sherer’s “My Gimpy Life.”

Defense Grid 2 is scheduled for the first half of 2014. Pobst is grateful for the investment from Dengler, who says he will be happy if he can make his money back.

“We did the original game, and it did well in unit sales but not great in dollars,” Pobst said. “With the sequel, we wanted the opportunity to work on a multiplatform game.”

The team spent 2.5 years looking for a publisher, but they couldn’t find anyone. So they turned to Kickstarter in the middle of 2012. That project was successfully funded, but the project was bigger than expected. So Pobst approached Dengler, who had talked about his love for Kickstarter campaigns in the press.

“I don’t have rights, and I am not a publisher,” Dengler told GamesBeat. “I did smaller financings for fun. But I see that the thing that is broken in the industry is that publishers want your soul. Self-publishing has to become a better option. Jeff didn’t have to twist my arm.

“I’m not in this to make my fortune,” he said. “This gets a game out there that people want to play. I don’t want to own part of the company. I want to help make a game.”

Dengler said he played the original Defense Grid and pledged money to the Kickstarter for Defense Grid 2 even before Pobst approached him. He played the game with his two young boys, and they loved it. He liked how it taught them strategic thinking.

Pobst said that publishers liked the first game, but they didn’t think the sequel would sell enough units to help them meet their own ambitious goals.

“They needed a bigger return on investment,” Pobst said. “Steven represents a group of people who could revive independent games.”

Hidden Path has 11 employees working on the game and 41 altogether. It was founded in 2006. The founders, including Pobst, were previously members of Microsoft’s Advanced Technology Group for the Xbox division. Their job was to go around the world to help developers make great games for the launch of the Xbox 360 in 2005.

They formed Hidden Path and published Defense Grid: The Awakening in 2008 on the PC, and it published the game on Xbox Live Arcade in 2009. The title made its way to the Mac in 2010.