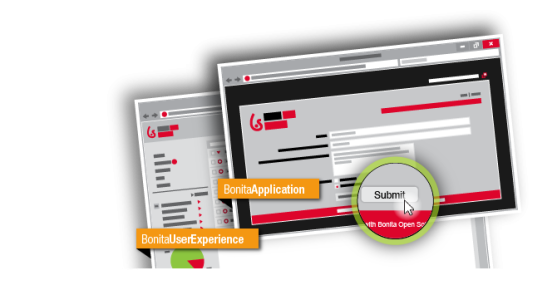 BonitaSoft, the business process management (BPM) solutions provider, announced today it has raised $13 million it its third round of funding thus far. This is good news to fans of the company’s open source software, which allows for easy business process modelling and implementation.

Based in Grenoble (Southern France), the company’s open-source software is available for free download from its website and is offered with three optional subscription packs: teamwork, efficiency, and performance. Each subscription package unlocks new product and support features.

The Series C was led by the French National Fund for Digital Society (FSN PME), a French government initiative that invests in technology companies. Returning investors Ventech, Auriga Partners, and Serena Capital were also involved. The company has raised over $28 million since it was founded in June 2009.

According to the company’s press release, it is planning on using the new capital to expand further expand its business into Latin America, the United States, and Europe. It will be targeting mid and large sized businesses as it attempts to increase its number of clients. Part of this expansion will be the addition of 60 new employees at its San Francisco, Paris, and Grenoble offices.

“We are delighted with the support from the FSN PME fund established by the French government,” said Miguel Valdes Faura, BonitaSoft’s chief executive and cofounder, in the press release.

“The vote of confidence shows the value BonitaSoft brings to the BPM market. Customers have made it known that they want innovative, flexible and cost-effective solutions to improve their business processes, and we will continue to deliver solutions that meet this need,” he said.

BonitaSoft saw sales growth of 130 percent and a 390 percent revenue increase in the United States last year. It has over 600 clients worldwide, including Accenture, DirecTV, Old Dominion University, Teach for America, and Michelin. The company’s open-source BPM solution has been downloaded over 2 million times.