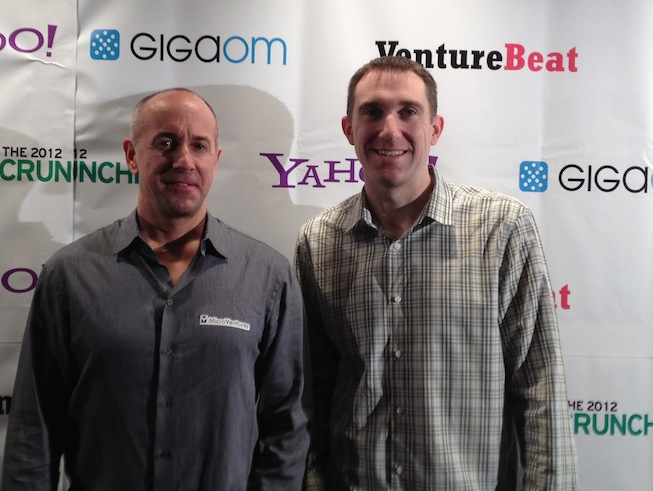 MicroVentures has a powerful pitch for startups: We’ll help you raise money.

The Austin-based company helps accredited investors pool their cash together (usually somewhere between $1,000 and $30,000 per person) to fund early-stage startups like Ribbon and Medigram. For investors, it’s the opportunity to fork over as little as $1,000 but still get in early alongside more seasoned angel investors.

MicroVentures has reached $16 million in investments today and claims to have surpassed any other equity-based crowdfunding platform. The company issued a press release announcing the news stating that its success is evidence of “significant demand” from smaller investors in this asset class.

The release reads like a strong nudge to the Securities and Exchange Commission, which is taking its sweet time to finalize rules on the provision of the Jumpstart Our Business Startups Act, known as the JOBS Act.

“As we patiently wait for the SEC to enact rules around the JOBS Act…,” CEO Tim Sullivan begins his statement to the press (pictured above, left, with cofounder Bill Clark).

For over a year, we’ve been hearing from founders of crowdfunding platforms how the rules will change sometime in 2013. At this point, entrepreneurs (and Republicans) are only cautiously optimistic that the SEC will come to a decision this year — the deadlines have passed since the JOBS Act came into effect one year ago. A new October 31 deadline was recently proposed by the House.

As IndieGoGo founder Danae Ringelmann democratically put it in a recent article, the SEC is taking “longer to introduce the Act than expected;” still, she says she’s glad they are “taking the process so seriously.”

It’s a tricky process for the SEC — the regulatory body will need to weigh up the interests of investors, entrepreneurs, and crowdfunding execs from platforms like MicroVentures, AngelList, and FundersClub.

“We will continue working hard amid a busy rulemaking agenda to get these crowdfunding rules done as soon as possible, with an emphasis on getting them right,” John Nester, an SEC spokesman, said last month in a statement to Politico.

For now, Sullivan hopes entrepreneurs will continue to open up their rounds to small dollar investors rather than relying on seasoned Sand Hill Road investors. “We may find that the crowd does an even better job at picking winners,” he said.