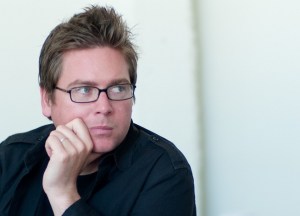 Not much is known about Stone’s startup beyond the fact that it is called Jelly, involves mobile technology, and has something to do with promoting social good.

“As mobile devices have taken an increasingly central role in our lives, humanity has grown more connected than ever — herein lies massive opportunity,” Stone wrote. This financing will support advancing Jelly beyond the prototyping stage through hiring and product development of “what we think of as the natural next step for our connected society.”

News leaked that Stone was working on a new startup in March 2013. He and Twitter cofounder Ev Williams left Twitter and founded the Obvious Corporation, which launched in 2011 as a startup incubator and investment vehicle. In August 2012, Obvious announced a new publishing platform called Medium that encouraged medium-length, thoughtful content and was intended as a “better place to read and write about things that matter.” Williams said this would be his main focus. Now with Jelly, Stone has his own pet project and there is speculation about whether this means Stone is leaving Medium/Obvious.

Until we know more about Jelly, we must be content with details about jellyfish themselves. Perusing Jelly’s blog yields interesting information, like the fact that jellyfish brains are decentralized and “more ‘we’ than ‘me'” and a group of jellies is called a bloom.